I have the following task, and I need some help getting started: Write 200 to 300 words to answer each questions.

2. What business situations might be faced by a multi-national corporation based in the United States but with operations in several countries? How might this problem be addressed and resolved legally? What strategy can a business use to protect its intellectual property in the global business environment?

I am the original author of the following:

1. Which torts could potentially impact your workplace?

Misrepresentation - When an employer misrepresents itself to employees, a tort has occurred. An example is a company hires a new employee. The employee is told that when he starts his salary will be $20.00 per hour. The employee leaves his $10.00 an hour job based on the information he received from the hiring manager. When the employee receives his first paycheck, he questions it as he is only being paid $7.50 per hour, not the $20.00 he was originally told. The manager who hired him states that "he never offered to pay $20.00 per hour." There is no signed contract stating the amount of the position as the company is small and family owned and does not keep a salary structure for all positions. The company misrepresented itself to this employee who now cannot go back to his old job as the position has been filled. The manager misrepresented the company and the salary to the new hire and a tort has occurred.

Negligent Hiring - An example would be a business knowingly hiring a driver with a suspended license. The company is negligent if the company puts the driver behind the wheel as the company would be legally negligent by putting third parties at risk.

Intentional Tort - This happens when an employee advises the employer that there is a work hazard, such as a manufacturing employee saying the plant components have formaldehyde and request proper air ventilation for the plant. Management reviewed the situation and decided that it would be too costly to install a new ventilation system. Three months later, an employee becomes ill due to the inhaling the formaldehyde. The employee sues. This ...

Which torts could potentially impact your workplace? Do any of the torts you identified involve a defectively designed or manufactured product? 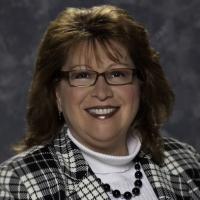 The Tort Law in the Healthcare