I need an artwork analysis criteria. This analysis should be formatted as stated below.
Analysis #1 - The Alexander Mosaic
Analysis #2 - Olympia Hermes with Infant Dionysos
Categorization: Artist name, Title, Date, Medium,Size, Current location
Environmental Influences: How do the following influence the subject of the artwork, and how and why it was created.
1. Geographical Location
2. Time Period
3. Political and socio-economic structure
4. Religious beliefs and/or philosophical ideals

SOLUTION This solution is FREE courtesy of BrainMass!

1. Geographical location: The mosaic was originally part of the floor in the House of the Faun at Pompeii, which was the home of a wealthy Roman official. During the Roman Republic, officials revered Alexander the Great for his power and military prowess.
2. Time period: Philoxenos or Helena produced the original painting approximately eight years after the death of Alexander the Great. By the time a Roman artist produced the mosaic, the Graeco-Roman world was still in the Hellenistic period. Art from this period tends more toward the expressive and dramatic (as opposed to the more austere High Classical period).
3. Political and socioeconomic structure: At the time, Rome was a republic, in which elected consuls held the most political power. Despite this, they could and often did serve in battle. In the decades before the production of the mosaic, Rome defeated Carthage in the Third Punic War and expanded its power into North Africa. The war ended with the slaughter of all Carthaginian men, the enslavement of the women and children, and the salting of the Carthaginian fields. At the Battle of Issus, Alexander defeated the Persian king Darius III, putting an end to the empire's power. Alexander's army then captured the king and his family. Like Carthage's loss in the Third Punic War, the Battle of Issus was a humiliating defeat for the Persians.
4. Religious beliefs/philosophical ideals: In the mosaic, Alexander wears the image of a Gorgon, the race of the mythical Medusa, on his breastplate. The image of the Gorgon was believed to work as protection against evil and signify divinity.

1. Geographical location: Praxiteles cast the original sculpture in the city of Olympia, named for Mount Olympus, the mythological home of the gods. Its location in the Temple of Hera was significant because of the goddess's role as the jealous wife of Zeus, who fathered Dionysos in an extramarital affair with a mortal woman.
2. Time period: The fourth century BCE was the Late Classical period in ancient Greek art. This period was marked by a slightly more expressive human form (as opposed to stoic and severe in the High Classical period). Hermes wears an expressionless countenance, but his contrapposto stance is more exaggerated than figures of the High Classical period. Dionysos acts more like a human infant than a demigod, exhibiting curiosity and a desire to grab the grapes. This change was likely influenced by Athens's defeat in the Peloponnesian War, in which the polis's ideals of the Classical period gave way to a more realistic, humanized view of the world.
3. Political and socioeconomic structure: The Late Classical period follows the "Golden Age" of Athens. The polis's downfall was brought on by a combination of its loss to Sparta in the Peloponnesian War and the loss of population during the plague of 430 BCE. By the late fourth century, when Praxiteles was active, Greece's glory days were all but a memory. The Persians defeated the Greeks at the Battle of Chaeronea in 338 BCE, causing the Greek city states to relinquish their independence and allow Philip II of Macedonia to take political control. After Philip's assassination two years later, his son Alexander III ("the Great") ascended the throne and reigned for 13 years. During this time, he defeated the Persians and expanded his empire as far east as present-day India. However, when Alexander died in 323 BCE, his empire descended into political and economic instability. The turmoil of the day was reflected in more dramatic art forms.
4. Religious beliefs/philosophical ideals: Dionysos was the son of Zeus and the mortal Semele. During their romantic encounters Zeus would come to Semele in disguise. While she was pregnant, she begged Zeus to show himself in all his glory. However, when he obliged, his form was too much for Semele to bear, and it literally killed her. Zeus then retrieved the fetal Dionysos and sewed him into his (Zeus's) leg. Upon Dionysos's birth, Zeus asked Hermes, the messenger of the gods, to hide the infant from Hera, the jealous queen of the gods. The scene in the sculpture depicts Hermes teasing Dionysos with a bunch of grapes during a rest en route to their destination in Nysa.

Thank you for using BrainMass! I hope this information gives you the information you need for your analysis. 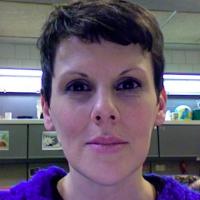 political convictions of Hamilton and Jefferson

Political and Economic History of a Region