2. "As trained physicists always do when they make a discovery, Marie Curie made measurements. With a set of instruments arranged by her and Pierre, she determined the intensity of the rays (in various elements and compounds) by measuring the conductivity of the air surrounding the radioactive elements. She then became puzzled. Pitchblende, the ore that contained the uranium and thorium, gave off rays more intense than either those of the thorium or the uranium. There must be, then, she guessed, some other element or elements more intensely radioactive than either!" (Roger Burlingame, Scientists Behind the Inventors, 1960, p. 93)

3. While General Grant was winning battles in the West, President Lincoln received many complaints about Grant s being a drunkard. When a delegation told him one day that Grant was hopelessly addicted to whiskey, the President is said to have replied, "I wish General Grant would send a barrel of whiskey to each of my other generals!"

4. If you review the medical and scientific evidence carefully, you'll see that you have only one choice: become vegetarian or die of cardiovascular disease.

Dear Student,
I have provided proof for above statement. These can be seen well with REASONABLE software if you need so. But it is not a necessity but can be visualize. You can download the Trial version.

Please find attachment for the answers.

Hypothesis is made of prepositions.
There are necessary conclusions and Sufficient conclusions.

Give a critical evaluation of each of the following passages
1. The ...

The critical evaluation of each passages are given. The expert reviews the medical and scientific evidence carefully. 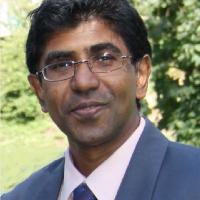