How important of a role has the HR function played in recession-driven downsizing?

1. How/why has corporate downsizing been effected in the last 18-months?

According to Ecthompson (2010), since November 2008, America's 500 largest companies have laid off approximately 700,000 employees. Some of those companies include Pfizer, BFGoodrich, Continental Airlines, Human and Ford Motor Company and their reasons stem from competitive to economic crisis. For example, ABC Corporation laid-off its employees in order to keep up with Cablevision network. Unfortunately, today corporations are still downsizing to preserve the organization's intellectual capital. It is a strategy used as a lifesaver for corporations but termination for employees.

Although most corporations were reluctant to use the downsizing strategy to cut cost, it became the only means to survive the economic crisis. For instance, General Motors Corporation was forced to downsize by eliminating 21,000 workers, 2,600 dealers, $44 billion in debt and four brands including Pontiac (Puzzanghera & Bensinger, 2009). However, after GM received $9.4 billion in ...

Corporations often use downsizing to preserve the organization's intellectual capital and reduce company expenses. The strategy of downsizing helps to reduce cash deficit while enabling the corporation to operate successfully among competitors. Although, the strategy may be beneficial to corporations, it is sadly at the expense of employee termination. 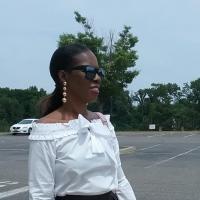