Answer each question in one paragraph

2. In his book The Competitive Advantage of Nations, Michael Porter of the Harvard Business School tries to explain why certain nations have international success in selected industries. He does so by looking at four major attributes in a paradigm we now call "Porter's Diamond.
In your own words, tell what the four attributes are and then evaluate Porter's Diamond theory.

3. Shortly after World War I, the nations of the world returned to tracking the value of their currencies to the price of gold. This system lasted until the Great Depression era when nations suspended gold convertibility.
Why? And what role did the United States play in all of this?

4. Professor Hill speaks to several international trade theories. We have also addressed this in class. One of these is the Product Life Cycle theory, sometimes called the International Product Life Cycle Theory, or IPLC.
Define the IPLC in your own words and giving two examples of products that fit within this theory

5. Toward the end of World War II, with the world's economic system of trade in ruin, over 40 nations met in the United States at a resort in New Hampshire to create rules and organizations to govern the post-war international monetary system.
What was the name of the "system" that came out of this series of meetings, what were the two multinational institutions that were established, and explain the mission of one of these two organizations. 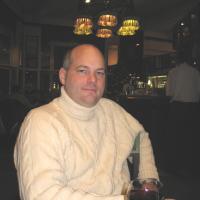 Analyses of the widening of the deficit

The impact of the North American Free Trade Agreement (NAFTA

International Trade Liberalization and the Environment