Why does the legislative branch have the most power?
Where the source of the power is derived from?
Provide current event examples of the power of the appropriate branch?

What makes the Legislative Branch powerful?

The Legislative Branch is composed of the House of Representatives and the Senate which form the Congress. This branch is very powerful since it has been given by the Constitution the sole authority to enact legislation and to declare war. It also has the right to reject or confirm presidential appointments of high officials and ambassadors of the federal government. This branch has the power to create the laws of the land by voting on recommended bills. The two parts of the Congress, the House and the Senate approve the bill and when the President signs the approved bill, it becomes a law that is to be implemented. The Congress has the power to investigate in which this power is usually delegated to committees. They conduct investigates to collect more information on the necessity for future legislation. It can also be an investigation to evaluate the laws already passed and how effective they have been. It can investigate on the qualifications and performance of members and officials of the other branches. In connection with this power, the Congress can publicize the results of their investigations and committee hearings are open to the public. They can compel testimony from those who are not willing to witness and ...

The solution discusses the reason why the legislative branch has the most power among the other branches; the source of its power; and also listed are a few legislations during the 2008-2009 Legislative session. References are also included. 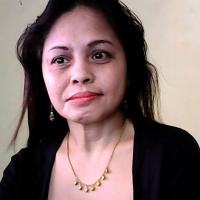 Powers of the executive, legislative, and judicial branches

Provide a clear idea of the role that the executive branch plays in health policy formulation and implementation.

What are the three branches of government and their function

The Significance of Checks and Balances