Are the tricksters you read about primarily male or female? Why? What does that tell you about the male and female divine?

Loki as the trickster in the Norse Pantheon appears to either help the Gods (despite doing so in his mischievous ways) or causes trouble for them and for the mortals. He aids gods and mortals when it amuses him and goes with his plans, otherwise, he causes great trouble for them, putting them in situations where they will face great difficulty, even death. Because of this, Odin had him bound until he escaped during Ragnarok. He likes to insult and hurt gods and man, always excelling in one-upmanship, taking the wives and lovers of others as well as their place in the mythology and their power. He instigates hate and conflict when he wants to achieve a goal. Thor describes him as 'an evil creature' in the Scandinavian poem Lokessena or 'Loki's Quarrel'. Always, Loki is said to be 'deceitful' in his actions as declared in this Norwegian Rune Poem stanza:

? Translation:
Birch has the greenest leaves of any shrub;
Loki was fortunate in his deceit.

In Native American Mythology, the trickster is a mischievous rogue who gets away with their actions by using cunning and subversive humour. Alternating between cleverness, cruelty, kindness, and deceiver and deceived, breaker of taboos and tradition and one who builds it. Many of the traditions and practices in Native American traditions are based on the trickster myth making the Trickster an important figure. Take this story for example from the Sahaptin Nation explaining the Columbia River's origins as retold by S.E. Schlosser (2008):

One day, Coyote was walking along. The sun was shining brightly, and Coyote felt very hot.
"I would like a cloud," Coyote said.
So a cloud came and made some shade for Coyote. Coyote was not satisfied.
"I would like more clouds," he said. More clouds came along, and the sky began to look very stormy. But Coyote was still hot.
"How about some rain," said Coyote. The clouds began to sprinkle rain on Coyote.
"More rain," Coyote demanded. The rain became a downpour.
"I would like a creek to put my feet in," said Coyote. So a creek sprang up beside him, and Coyote walked in it to cool off his feet.
"It should be deeper," said Coyote.
The creek became a huge, ...

The solution discusses the mythical trickster according to the gender attributed to the trickster character in question to show the manner by which gender elements manifest itself to the purposes, actions and goals of varied trickster figures. Male tricksters like Loki and the anthropomorphic Native American Trickster the Coyote is discussed. A female trickster on the other hand is discussed based on a character from the popular 101 Arabian Nights tale. An analysis of gender and the trickster character follows. The solution is in the form of 1,600+words essay following the APA format. A word version is attached for easy printing. 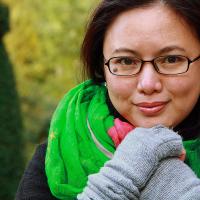 Creation myths and their cultural functions.

Creation Myths and Theories of Myth