Plato assumed that knowledge was possible and attempted to explain and answer the aforementioned questions concerning knowledge- its nature and the extent to which a human can know- with his theory of the Forms and the analogies of the Sun, Divided Line and the Cave. Plato was a writer and a teacher. His writings are in the form of dialogues, with Socrates as the principal speaker. The Allegories of the Sun, Divided Line and the Cave describe symbolically the dilemma in which humans find themselves and offers a remedy. The Allegories offer most of Plato's major philosophical assumptions: his belief that the world revealed by our senses is not the real world but only a copy of it. He claimed that the real world can only be apprehended intellectually and through education.

Plato never fully laid out his Theory of the Forms in any one dialogue and therefore, any explanation of the theory involves compiling pieces of the theory as they appear in Plato's writings. All the following excerpts regarding the Forms are from the dialogues of Plato and have been taken from the collected works translated by Benjamin Jowett, 3rd Edition 1892. These excerpts are meant to provide a reference to Plato's dialogues where the Forms are discussed.

The theory of the Forms suggests that there exists a level of reality or realm that is populated by the ideal forms of all things and concepts. Therefore, a Form exists for things like cars or stones and even concepts like beauty and justice. The Forms are eternal and unchallengeable. They enter into a partnership with the changeable matter, in order to produce the objects and examples of concepts that we perceive in the sensible world.

Plato maintained that the forms are invisible to the eye, but that our souls have seen them in the eternal realm prior to their incarnation into a physical body. He said that the soul retains a memory of the Forms that is not accessible to the conscious mind. Plato argued that Philosophers can achieve a state of perceiving the Forms directly by participating in dialectic. He said that through dialectic, ...

An explanation of Plato's analogies of the Sun, Line and Cave is determined. 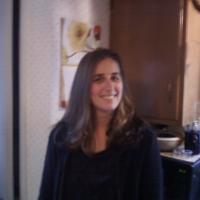