US involvement in Vietnam and how this helped divide Americans.

Discuss the range of American responses to the war.

How did they change over time?

How did domestic political concerns shape the country's response to the war?

US involvement in the Vietnam War helped divide Americans because there were many choices that we had to make in accordance with what we believed to be right. The Vietnam War was supposed to be a humanitarian effort in which we were to help the South Vietnamese people to fight for what they believed in at the time. There were many factions in America that believed in the war and what it stood for and then there was the counterculture of the 1960's known as the hippie movement. You also had several radical groups like the Black Panthers who fought for the rights of the African Americans and how they felt that it seemed that only the black men were being sent to Vietnam to be led by the White ...

This is an essay on how the Vietnam War affected some of the citizens of the United States of America. 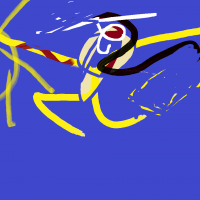 Vietnam War: the US Push and Failure.

US and the Vietnam War

Social, Military and Political effects of the Vietnam War

US History from WWII to Present (Vietnam)

Student Unrest and the Vietnam War