Discuss the process of natural selection as defined by Darwin. How did Darwin's theories differ from his predecessors? In your opinion, have his theories proved to be correct? Why or why not?

Natural selection is the process by which organisms that have advantageous traits are free to reproduce. It is in this way that certain traits can become found commonly in a population of creatures. Before this theory for the evolution of species, the general scientific consensus held that evolution occurred in order that less complex organisms became more complex over time, which would allow a hierarchical laddering of living ...

Did you know that Darwin was not the first to observe or propose a theory for evolution? In this solution we explore how Darwin's theory of natural selection works as well as a few differing theories of evolution, both historically earlier and from his contemporaries. This solution is 277 words. 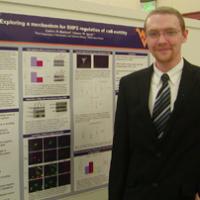 Evolution explained in this solution

Spearman's vs. Gardner's Theory of Intelligence