Analyze how neuro processes affect behavior and impact the field of biological psychology. Address the following items in analysis:

Describe the role of postsynaptic potentials (excitatory and inhibitory), synaptic transmission, and receptors in producing and regulating behavior.

Describe the primary neurotransmitters and their role in brain function and behavior.

Synapses are junctions between the terminal buttons at the ends of the axonal branches of one neuron and the membrane of another (Carlson, 2007). At a synapse, a neuron releases a chemical known as a neurotransmitter that excites or inhibits another cell (Kalat, 2004). Synapses can occur in one of three places: on dendrites, on the soma, and on other axons. It's a form of "communication" between neurons. The "messages" are carried by neurotransmitters and then released be terminal buttons. Synapses is very critical for almost all aspects of behavior.

Postsynaptic potentials can either be depolarizing (excitatory) or hyperpolarizing (inhibitory); note that the neurotransmitter does NOT determine the nature of this potential, but instead the type of ion channel they open (Carlson, 2007). There are four main types of neurotransmitter-dependent ion channels: sodium, potassium, chloride, and calcium. These channels play a large part in producing biochemical and structural changes in the postsynaptic neuron. They determine the nature (either excitatory or inhibitory) of postsynaptic potential. 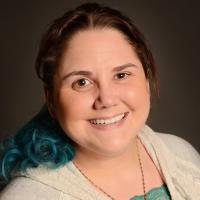 Biological Psychology - What are some modern-day issues?

Assumption in Physiological Psychology and the Brain-Behavior Link

Powerpoint on Lashley and Hebb

Influence of Heredity and Hormones of Human Behavior