I need some assistance answering the following question. Thanks!

What factors might contribute to the â??Lake Wobegon Effect,â? where â??all the children are above average?â? Are students getting smarter today and thus making old norms too easy?

Question
I need some assistance answering the following question. Thanks!
What factors might contribute to the Lake Wobegon Effect, where all the children are above average? Are students getting smarter today and thus making old norms too easy?
Solution
It is important to study phenomena such as the Lake Wobegon Effect when studying developmental psychology. According to the Psychology Wiki (2010), The Lake Wobegon effect is the incidental tendency for human subjects to overestimate their capacities, abilities, and achievements in relation to other people. This phenomenon is named for the fictional town of Lake Wobegon from the radio series A Prairie Home Companion, where, according to Garrison Keillor, "all the children are above average". As in this radio show it is found that a large number of people claim to be above average. Many times these same people are just average in many areas surveyed. According to Svenson (1981), occurrence of the Lake Wobegon Effect has ... 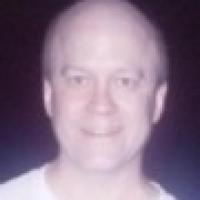 impact analysis of an international airport

Physiological challenges of freshwater to insects

supply and demand analysis with equilibrium price and quantity

On the island of Pago Pago there are 2 lakes and 20 anglers.