Understanding the legal context of affirmative action includes discussing the role of the equal employment opportunity commission, laws to prevent discrimination, and protection of individuals with disabilities. However, there are some advantages and disadvantages of affirmative action which impact organizational structures and suggests managers include diversity programs within their departments.

I. Legal Context of Affirmative Action

1. Equal Employment Opportunity - Legislation that prohibits discrimination based on religion, gender, race, or color in hiring, promoting, or firing employees. The Equal Employment Opportunity Commission was established when Congress enacted the Civil Rights Act of 1964. This agency seeks to protect the rights of employees based on race, color, national origin, religion, age, disability, and gender.

b. ADA - The Americans with Disabilities Act was established in 1990 and prohibits discrimination and ensures equal opportunity for any persons with disabilities in employment, provides state and local government services, public accommodations, commercial facilities, and transportation. The law also mandates the establishment of the ...

A discussion on the legal and historical context of affirmative action is examined. 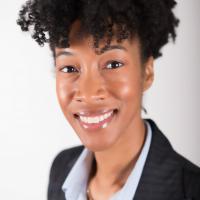 Scholarly articles on affirmative action in the military

Diversity and Affirmative Action in a Student Body