Turner Corporation produces overdrive transmission parts for several small specialty automobile companies. Prior to founding the firm, Benson Turner, the company's president, had an illustrious stock-car-racing career. After several serious injuries, Benson's family convinced him that it was time to retire from the sport and pursue a calmer and safer line of work.

The company has been operating for just over five years and is beginning to show signs of significant growth. Benson is a planner, and he wants to get a handle on his manufacturing operations before the company's growth becomes his primary preoccupation. The company's plant manager and controller met last week to pull together information that they could present to Benson. Although the company produces over 150 different parts, the two of them thought that accumulating detailed data on one single typical part would be sufficient for the quickly called meeting. As a consequence, the following data were captured for the last 12 months:

The response contains an attached Excel file. The instructional notes are provided. Click in cells to see computations. 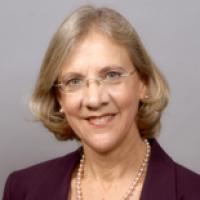 Relative risk of diabetes and systematic screening for metabolic syndrome

Language acquisition for stages of development