How big is the Milky Way galaxy? According to Eric Idle in Monty Python's, The Meaning of Life:

From the above sets of statistics it's pretty obvious to see that, for a scientific field with a history pre-dating 2000 B.C., we sure do not appear to be real clear on the exact dimensions and weight of our galactic environment. But as we have read time and time again, and understandably so, it's hard to see what our house looks like if we have never stepped outside of it. But one thing is for sure, these recent calculations (in the grand scale of time) do seem to be closing into agreement with each other the longer we ponder and measure these things. However, there are some things we do know, and that is what I will talk to in this essay/project. There have been developments in the ways of theories and mathematical equations that, throughout our history, have helped us, and that we base our current calculations. But, we are just now getting to a point where technology is catching up with our methods of answering these questions. And at the same time, these time tested theories and equations have produced some unknowns that we are still looking for physical explanations.

"Space," it says, "is big. Really big. You just won't believe how vastly hugely mindboggingly big it is. I mean you may think it's a long way down the road to the chemist, but that's just peanuts to space. (HHGTTGO 2005)

As we talked about earlier, astronomy and the study of heavenly bodies has been around for a long time. Figuring out just how big "space" is, has been no different. More recent history for the quest of the Milky Way's size kicked off in the 1780's with an energetic William Herschel. Mr. Herschel mapped out 684 regions across the sky and counted the stars in each of these regions. Taking these numbers in reference to their proximities to the dense band of stars also called the "Milky Way", he concluded that we lie near the center of a disk of stars about 8,000 light years (2.45 kpc) across, 1,500 light years (0.46 kpc) thick, and containing 300,000,000 stars. Later in the early 20th century, Jacobus Cornelius Kapteyn estimated our galaxy to be 55,000 light years (16.86 kpc) across and 11,000 light years (3.37 kpc) thick, keeping our planet at the center of it all. Earlier in the late 19th century, William Herschel's son, John Herschel, took notice to all the globular clusters in the sky and their concentration in the direction of the constellation of Sagettarius. (WING 2006) Not until around 1917, and the discovery of the period-luminosity relationship of Cepheid variables by Henrietta Leavitt in 1912 (FREEDMAN & KAUFMANN III 2002), were these globular cluster's distribution understood. At this time, American astronomer Harlow Shapley arrived at the first reliable measurement of our Milky Way's size by establishing the spatial distribution of these globular clusters. For the first time, we were no longer at the center of the galaxy, but more towards the edge. And under the assumption that the globular clusters outline the galaxy, the estimated diameter of the galaxy became 100,000 light years (30.66 kpc) with us some 30,000 light years (9.20 kpc) from the center. (BRITANNICA 2006)

Since these advances, the task of finding a more exact value for each of the Milky Way's dimensions continues. The numbers have fluctuated, but have stayed in relatively the same neighborhood. But what hasn't changed are the methods we use to find these numbers...just the technology we have to employ them.

Parallax (or motion parallax), according to Wikipedia, "is the change of angular position of two stationary points relative to each other as seen by an observer, due to the motion of an observer." (WIKI-PARALLAX 2006) In other words, it's the angular change of an object against a background of stars due to the change in location of the observation point. When dealing with this phenomena in astronomy, it is commonly referred to as stellar parallax, in which the first observations in this manner were made in 1838 by Friedrich Bessel for 61 Cygni. (WIKI-PARALLAX 2006) And through the use of trigonometry, this method is very useful in determining distances when the change in position of the observer (distance between observation points) and the three angles of the resulting triangle are solved. In our case, a conveniently long change in observation points, or baseline as we will call it, would be the diameter of the Earth's orbit around the Sun. Although it takes six months between observations, the larger the baseline [in this and most cases 2 Astronomical Units (AUs)] the larger, and more easy to measure, the parallax angle at the point of the star whose distance is being sought (which is half of the measured movement). This measurement is measured in arcseconds (arcsec) will then allow us to solve for all angles of a very large right triangle with a baseline of 1 AU, which will allow us to solve for a distance to the star being observed in units of parsecs (pc) which 1pc equals 3.26 light years. (COSMOS-TPARALLAX 2006) Put simply, the distance of an object from Earth is the reciprocal of the parallax angle measured, or distance in pc = 1/parallax angle in arcsec. (WIKI-PARALLAX 2006) As within any method, there is room for error, and the more primitive the tool the bigger the potential margin. When focusing during each measurement, the slightest alteration in the focusing method can throw off the angle. It is also important to take the background star's proper motion into consideration as well...for that can make a huge difference in an accurate measurement. Any error can be astronomical at these great distances...the smaller the parallax angle, the bigger the possible error in distance could be. (WIKI-PARALLAX 2006) From 1989 through 1993, the Hipparcos Space Astrometry Mission measured the parallax of about 120,000 stars with an accuracy of 0.002 arcsec. A future project promises an accuracy of 10-6 arcsec for more than 200 million stars. (COSMOS-TPARALLAX 2006) Stellar parallax is the most basic of our distance measuring methods due to its accuracy being limited to only hundreds of light years. Measuring to a galactic scale will take even more methods.

Spectroscopic parallax, although being a means to determine distances ...

In this solution, we compare historical measurements of our galaxy's mass and size, and compare those methods to more current methodologies. 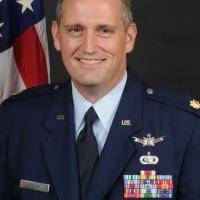