eChapter is attached. Please include references where they apply.

Assume you are the chief executive officer of a large drug company. You are deciding what price to charge for a new drug that promises to be effective against lung cancer. Assume that insurers would be willing to pay a large price for the drug and that some uninsured members of society could afford to purchase the drug. Some uninsured people, however, would simply be unable to purchase it.

1. Discuss a criteria to determine the price for the drug.

2. Discuss whether it should be offered at a lower price to some members of society.

Commerce Bank was founded in New Jersey with a single location in 1971. Its founder, chairman and CEO, Vernon W. Hill II, was a real estate developer, whose wife owned an interior decorating business. By 2007, it had 450 branches from New York City to Washington D.C., open 7 days a week. With branches springing up like Burger Kings, Commerce Bank became the fastest growing bank in America. Mr. Hill was in all things entrepreneurial. He persuaded his board of directors to pay millions in rent for buildings owned by his family and over $50 million to Mrs. Hill for her decorating services. In June 2007, in the face of numerous federal investigations, and at the insistence of his board of directors, Mr. Hill resigned all of his posts at Commerce Bank. His severance package has been estimated at $17 million, and his Commerce Bankcorp shares, when he stepped down, were worth $225 million.

1. Describe the corporate responsibilities that were violated in this scenario.

1. Discuss a criteria to determine the price for the drug.

The criteria for the drug is important when it comes to selling it to those who need it. One, the drug needs to have a generic available and the brand name, so the uninsured can afford it. This will make it available for those who are both rich and poor. Two, for the brand name, should cost a minimum of $100 to $300 for the person seeking it. This makes it possible for those who want to spend a lot. Three, anyone on medicare and medicaid is able to get it for free due to the health insurance paying for it. Insurance should pay the full amount on any drug for anyone who has cancer, so that individuals are not exploited. Four, for those wanting to pay a large price for the drug, they can have it sold to them through negotiation, such as $1,000 or more, and then they can sell it at half or more of the cost. This gives them flexibility, but strict guidelines to make it affordable for everyone who needs it on a regular basis. Five, the drug companies and those interested in buying it need to have a contract in place, so that no legal issues arise as a result of their business together. All legal issues need worked out with the presence of a lawyer for each company, so that all non-market strategies are resolved in a timely manner.

2. Discuss whether it should be offered at a lower price to some members of society.

Everyone should have an opportunity to buy the drug at a lower price. For those who choose to sell it at an unrealistic amount, they are choosing to take advantage of others in this process. An example of this is for the poor. Many of them cannot afford ...

This solution discussed two scenarios that dealth with drugs within a company and what price to sell them to the public, and the ethics involved with a bank that failed to take responsiblilty for their actions. 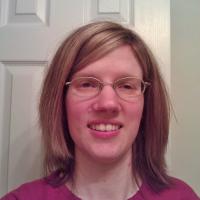 Role of Law in Business

ethics in corporate governance and finance