The Big Business of the Olympics and Bribery
LEAD STORY-DATELINE: The Washington Post, January 15, 1999.

Salt Lake City and the state of Utah are considered synonymous with the Mormon Church and the morality that flows from religious pursuits. A recent bribery scandal relating to Salt Lake City's successful bid to host the 2002 Winter Olympics casts a cloud over the city and state.

The Salt Lake Organizing Committee (SLOC) had assigned individual members to lobby members of the International Olympics Committee (IOC) to select Salt Lake City as the 2002 Winter Olympics' site. Since November 1998, there have been allegations that the members of the SLOC lobbied by making gifts to certain influential IOC members and their families. The allegations are that the SLOC members gave scholarships, free medical care, guns and other expensive gifts valued at hundreds of thousands of dollars to visiting IOC members. IOC rules limit members to gifts with a maximum value of $150. One influential IOC member is alleged to have received free medical treatment for hepatitis and financed land investment deals for one SLOC member.

The scandal has resulted in investigations by a several agencies, including the federal Department of Justice, the International Olympics Committee, the U.S. Olympic Committee, and an ethics panel for Salt Lake Organizing Committee (SLOC). The Utah legislature had created a committee to oversee the Olympics because of the approximately $1.4 billion initial costs to be incurred by Utah and the State's obligation to pay any shortfall. That committee has entered the fray and demanded financial accounting from the SLOC. The state of Utah projected receipt of three billion dollars in revenues from hosting the games.

According to Merriam-Webster's Online Dictionary, lobbying is "to promote (as a project) or secure the passage of (as legislation) by influencing public officials" (lobbying, n.d.).

Whether bribery should be considered unethical or illegal has been debated extensively. Many scholars and business people take the position that bribery should not be treated as unethical.

The Foreign Corrupt Practices Act (15 U.S.C. sec. 78) makes it illegal for U.S. companies to pay bribes even if they are in foreign countries. Assuming that this is a case in which the FCPA would apply, it helps to look at its definition of a bribe. The FCPA defines a payment as illegal when it is "meant to influence an official to award or maintain business activity" (Foreign Corrupt, n.d.). Payments that assist the payer to obtain ministerial actions are not prohibited.

* What is the difference between lobbying and bribery?
* What argument could the SLOC members make that the payments made do not fit the definition of an illegal bribe (under the FCPA)?
* What do you think is the appropriate punishment for the violation of ethical and legal principles?
* Should the remedies be limited to expulsion of the members who violated those principles, or should the entire community be held responsible?

I have included the references page. You may need to complete the FCPA reference, as I cannot locate the exact source used in the above source.

The difference between bribery and lobbying is based on several factors. The first is
intent. Bribery is the purposeful provision of goods or services given to another party, which is
done so with the intent of receiving some form of benefit. Lobbying, on the other hand, is the
appeal to another party or parties to better a situation that affects a particular group or groups.
Typically an individual or group of individuals acts on behalf of the larger group or groups, to
help further their cause. However, it is the specific expectation of what type of action should
be taken that truly defines the difference.

Many people or groups make contributions to political causes during the ...

This case involves the investigation of the International Olympic Committee, into the activities of the Salt Lake City Organizing Committee, in attempting to influence the Olympic Committee to use Salt Lake City, Utah, for the 2002 Winter Olympics. Discussion includes the application of principles determined by the Foreign Corruption Practices Act and whether the actions of the Salt Lake Organizing committee are considered simply lobbying or something more serious, such as bribery. Various aspects of the facts presented in the case are discussed. 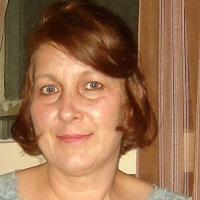 Difference in Lobbying and Bribery and its Legal Principles