1. Which of the following represents the largest percentage of state tax revenue?
Sales tax
Individual income tax
Other
Property tax
None of the above

2. Which of the following federal government actions would make sense if a tax system fails to provide sufficient tax revenue?
Issue treasury bonds
Cut funding to various federal projects
Increase federal spending
A and B but not C
None of the above

3. Which of the following is not a common method that the IRS uses to select returns for audit?
DIF system.
Tax Select system.
Information matching.
Document perfection.
None of the above.

4. Tyrone claimed a large amount of charitable contributions as a tax deduction relative to taxpayers with similar levels of income. If Tyrone's tax return is chosen for audit because of his large charitable contributions, which audit program likely identified Tyrone's tax return for audit?
DIF System.
Deduction Detective.
Document perfection.
Information matching.
None of the above.

5. Which of the following audits is the most common and typically less comprehensive?
Correspondence.
Random.
Office.
Field.
None of the above.

7. Which of the following is an example of the timing strategy?
A cash basis taxpayer paying all of its outstanding bills by year end
A parent employing her child in the family business
A business paying its owner a $30,000 salary
A taxpayer investing in a tax preferred investment
None of the above

8. Paying "fabricated" expenses in high tax rate years is an example of:
conversion
tax evasion
timing
income shifting
None of the above

10. Which of the following types of income are subject to a tax rate not provided for in the tax tables or tax rate schedules?
Compensation income
Long-term capital gains
Qualified dividend income
A and C
B and C

1. According to the Census Bureau, individual income tax made up the largest percentage of state tax revenue in 2009.

3. Tax Select system is not a recognized method used by the IRS to select returns for audit. 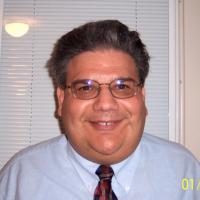 Question about Strategy of Amazon

U. S. company with global operations