Alright, I used the conservation of kinetic energy on this one and I have two variables that are unknown and I am unclear on what to do.

A) Find the magnitude of the final velocity of the 0.143 kg glider.

B) Find the magnitude of the final velocity of the 0.303 kg glider.

Before the collision of two air gliders

After collision of two air gliders

Conservation of linear momentum can be described by (1) below

Momentum before collision = Momentum after collision 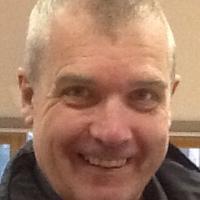