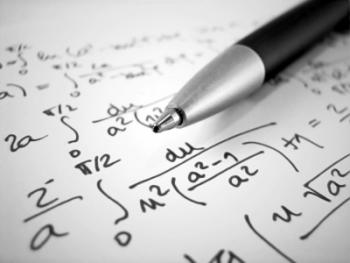 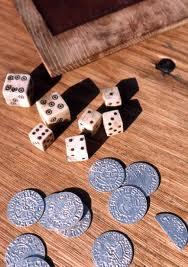 Consider a container filled with balls in a variety of colors. The bar graph below represents the number of balls of each color in the container. Red Green Yellow Blue Orange Purple Brown 2. If you select one ball randomly from the container (No Peeking!), what is the likelihood that it will be orange? Answer as percent ro

You are given a loaded six-sided die. Such a die can produce any integer from 1 to 6. The die rolls a 4 three times as often as any other number. What is the probability of getting a 4? You now roll the die 5 times as an experiment. What are the chances of the following scenarios? Instead of solving for event and sample spaces

Suppose that a box contains 5 RED blocks, 3 BLUE blocks, and 2 GREEN blocks. Suppose that 8 are drawn one after another without replacement. Then WHAT is the EXPECTED number of BLUE blocks drawn?

The most powerful die

In a dice game, two players each pick one of three dice and roll them. Whoever rolls the higher number wins (it doesn't matter how much higher). Here are the three dice. A die is considered "more powerful" than another die if it wins more than it loses. For example, if A beats B 70% of the time, then we would say that die A i