Generally in statistics, bias results when there is a discrepancy between the expected value and the computed value due to a systematic error. It is a deviation which is not the result of randomness. In comparison to random errors, systematic errors can be potentially more serious because they cannot necessarily be avoided by implementing minor changes.

An estimator is only considered unbiased when the mean of a sampling distribution is equal to the population value of interest. 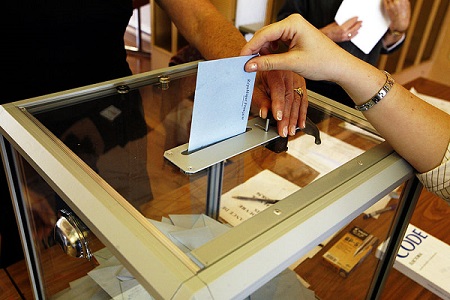 For example, suppose there is an upcoming federal election you want to survey individuals in Ontario to make future predictions about the election outcome. You survey 6 communities in Ontario and randomly sampled 500 individuals in each community. After analyzing the data, you realized that preference for a particular political party is completely dependent upon the community individuals resided in.

This sample design exemplifies a sampling error because not all individuals in Ontario had an equal probability of being sampled. Thus, the results are biased in that they only represent a small proportion of the province. Furthermore, preference accompanies communities and this cannot be changed by sampling larger sample sizes in each area. This is a systematic error which cannot be avoided and thus, the sampling criterion needs to be modified.

In statistics, there are various types of biases which can arise. Some examples in addition to sampling bias include spectrum bias, which results from evaluations of already biased patient samples in diagnostic tests, and omitted-variable bias. Furthermore, some biases apply specifically to hypothesis testing.

In statistics, bias can be inevitable in some cases. However, recognizing potential flaws in a system or accounting for bias in experiments, can assist in minimizing their impact. Furthermore, multiple measures are often taken in an attempt to try and eliminate as much bias as possible. For example, when sampling there are a multitude of different random sampling methods which can be implemented for different experimental designs.

In the case of Castenedav. Partida, it was found that during a period of 11 years in Hilda County, Texas, 870 people were selected for grand jury duty, and 39% of them were Americans of Mexican ancestry. Among the people eligible for grand jury duty, 79.1% were Americans of Mexican ancestry. We shall use a 0.01 significance lev

Is the quality of an estimation procedure (or method) greatly enhanced if the sample statistic is both less variable and unbiased?

In Orange County, 12% of those eligible for jury duty are left-handed. Among 250 people selected for jury duty, 25 (or 10%) are lefties. Find the probability of getting at most 25 lefties assuming that they are chosen with a process designed to yield a 12% rate of lefties. Can we conclude that this process of selecting jurors

In a case-control study of the relationship of radiation exposure and thyroid cancer, 50 cases admitted for thyroid cancer and 100 "controls" admitted during the same period for treatment of hernias were studied. Only the cases were interviewed, and 20 of the cases were found to have been exposed to x-ray therapy in the past, ba

A noted scientist Dr. Iconu wanted to investigate attitudes toward television advertising among American college students. He decided to use a sample of 100 students. Students in freshman psychology (PSY 001) are required to serve as subjects for experimental work. Dr. Iconu obtained a class list for PSY 001 and chose a simple r

For each sampling situation, identify the population, the variables, the sample, and a source of probable bias.