Hinduism is known as the world’s oldest religion because its beginning precedes recorded history and is beyond human origins,² making it a mystical religion. Because of its mystical origin, Hindus consider it the “eternal way” or “eternal law”, known as Sanatana Dharma.¹ 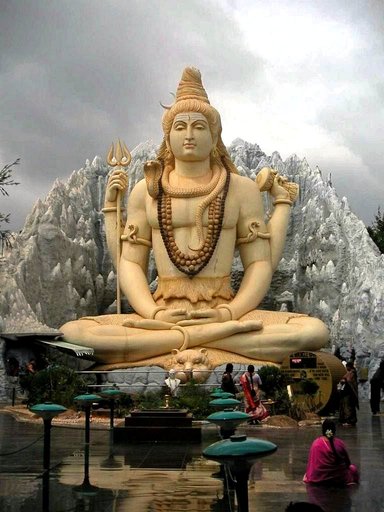 Hinduism is broken down into four denominations including Saivism,² Shaktism, Vaishnavism and Smartism and includes numerous other traditions of the Indian culture.¹

Hinduism is a classification of distinct intellectual or philosophical points of view, rather than a strict, common set of beliefs.¹ Although Hindus believe many diverse things, there are several solid beliefs that are commonly held by all Hindus.² Kauai’s Hindu Monastery (n.d.) provides a simple summary of nine common spiritual beliefs of Hinduism.¹

Take one of the Hindu themes - karma, moksha, samsara, Brahman, or yoga - using and citing credible resources from the internet along with our textbook; flesh out what you believe is a complete description of the theme you selected as it has been developed in Hinduism (even Jainism). Finally, show how the theme is an essential p

Four Stages of Life According to Hinduism

1. Name and describe each of the four stages of life according to Hinduism (write one sentence for each stage). Can you find parallels to these stages in the culture in which you were raised? 2. How does Krishna convince Arjuna that he must go ahead with the battle that he is hesitant about, even though many will be killed? W

1. Some Hindu traditions recognize millions of gods while other speak of a single, underlying divine reality. Is it possible for these notions to coexist within a single, religious tradition or must one speak of several irreconcilable traditions. 2. Over its long history, Hinduism has demonstrated remarkable religious tolerance

What is Hinduism? Can you give a detailed definition of what Hinduism is and how to interacts with society.

I'm in need of assistance in understanding Saddarhtha's path as well as understanding the split between Hindu and Muslim in the foundation of Pakistan and Bangladesh. How was Gandhi's dream of a united India shattered and why?

Explain the middle path that Siddhartha Gautama taught. A couple questions to get you started: What is this path in the middle of? Where is this path directed? What actions place you on the path? The Vedas are considered to be sacred writings of the Hindus. What are these vedas? How are the vedas used in modern Hindu religio

Hi, I need some guidance on how to go about answering the following discussion questions. Discussion: "Hinduism and Women." Please respond to the following: - Explain the general roles of goddesses in Hinduism. - Identify one of the goddesses that particularly intrigues you and explain her role within Hinduism. - Based on

When most people are asked anything about the Hindu religion, generally they will be able to label karma and yoga. 1. How does the caste system tie into karma? In other words, what is the relationship between karma, caste and reincarnation? 2. How does the Christian notion of Social Justice (helping one;s neighbor) fit

Karma is a term most commonly used by both Hindus and Buddhists and is defined as actions that determine the future state of someone. According to the Hindu belief system Karma is founded upon the principles of cause and effect. For example, if an individual spends his or her whole lifetime committing evil acts against mankind in general Hinduism dictates that, that individual will cause a series of negative situations or circumstances to occur on him or her within this lifetime and the next lifetime which is classified as "bad karma." The pendulum however, swings both ways in terms of distributing good deeds throughout the universe. Good deeds distributed will result in a reciprocal occurrence of good deeds. "There are three types of karma: "agent-karma" which is concerned with the present cause and effect, and will influence future lives; "prarabdha-karma" which had already been caused and is in the process of being effected; and, "sanchita-karma" which has been accumulated but has not yet been effected." (Guilley, Shepard, and Woodward, 1971, 1991). The religion of Hindu believes in reincarnation in which case good or bad deeds will not go unrewarded even after an individual passes away. The purpose of life according to the Hindu faith is to reduce "bad karma" in order to enjoy or have a better life and a better rebirth. "The ultimate spiritual goal is to achieve release (moksha) from the cycle of samsara altogether. It may take hundreds or thousands of rebirths to get rid of all of one's accumulated karma and achieve moksha. The person who has become liberated (attained moksha) creates no more new karma during the present lifetime and is not reborn after death" (Hinnellis, 1997).

Karma is a term most commonly used by both Hindus and Buddhists and is defined as actions that determine the future state of someone. According to the Hindu belief system Karma is founded upon the principles of cause and effect. For example, if an individual spends his or her whole lifetime committing evil acts against mankind

If you were a member of the Hindu caste system, to what social class would you belong? What would this mean for your Hindu practice?

What effect has Hinduism had on modern India?

Please give a short overview of what effect has Hindusim had on modern India. This will give me a head start on the comparisons.

I would like to include more information for a paper I am writing. I want to write about an additional 1,050- to 1,200 words of information to draw on to address the following questions: o What sacred elements characterize Hindu religious traditions? o What are their significance and meaning?. With about 2 or 3 refere

Hindu Religious Traditions 1) What sacred elements characterize Hindu religious traditions? 2) What are their significance and meaning?

Impact of Hinduism on India's society

What impact has Hinduism had on modern India's society?

Hinduism lacks a uniting belief system. In other words, Hinduism is actually many beliefs and practices labeled as a single religion. Completing this paper should give you a more comprehensive understanding of the true meaning of Hinduism. In this assignment, you will complete a paper on Hinduism. The paper will allow you

Please see the attachment. ------------ EASTERN RELIGIONS MATRIX This matrix should be 250 to 500 words in length. Briefly or in point respond to the following questions: Religion: Hinduism 1. Country of origin 2. Time of and key figures in origins 3. Other key figures and/or events from the origins to today 4

Write a 500 to 750 word response to Hinduism. You may choose as the basis of your response any of the following questions: 1. What role do sacred texts play in the Hindu tradition? 2. What is the law of karma, and how does it affect the Hindu view of the human person? 3. How did the caste system emerge in India, and what is

The relationship between Brahman and Atman

What is the relationship between Brahman and Atman?

Ghandi and the Caste System

Discuss the caste system including: how it is validated in the sacred texts, the dharma of each caste and the current situation. What impact did Mahatma Gandhi have?

Explain the Hindu understanding of Brahman, Atman, and their relationship to moksha.

What part of Hinduism do you find most difficult to understand and/or accept? Why?

What sacred elements characterize Hindu religious traditions? What are their significance and meaning?

How many times do Hindus believe that God has already appeared on earth? What are these "people" know as?

1. What is the Sanatana Dharma? Discuss some of it's fundamental teachings. In what ways are some of these concepts similar to aspects of your own faith? I am only looking for you to find similarities, not differences...so, dig deep! 2. What are the Hindu scriptures and how did they develop (do not just cut and paste your

What is the economic impact of Hinduism on modern Indian society?

I am taking a World Religion class as an elective in my 1st year of college, I thought I had an understanding of word associated with the various religions. I need help in gaining a thorough understanding of the following terms but not so advanced that I do not retain the information. There are many popular definitions of the wo

I'm stuck, don't understand. Please provide some ideas and guidance for each question, so I can write the paper successfully. Thank you kindly. TASK: I need to submit a 700-1000 word paper that has to have the following questions answered. 1. Considering that Hinduism lacks a uniting belief system, what makes up the Hin

Hinduism Relation Between Pluralism and Oneness

How does Hinduism understand the relationship between pluralism (many paths) and oneness (the goal)?

What part of the major tenets of Hinduism seem a bit similar to the Abrahamic monotheisms (Judaism, Christianity, Islam) ?

In todays society, how has Hinduism effected the Hindu's living in India?