The Canadian Counselling and Psychotherapy Association outlined the base principles of offering psychological therapy as the following:

These ideals of how a counsellor should behave can be applied to many ethical quandaries of therapy to reach a moral conclusion. For example, the principle of fidelity states the necessity for 'integrity in [the] counselling relationship' and from that one can see that a client-psychologist romance would be inappropriate. Similarly, the need for patient confidentiality is covered by both fidelity and justice as part of the relationship's integrity is trust, and it would not be respectful of a client's dignity to share their potentially embarrassing troubles. Perhaps most significant of a therapist's responsibilities is his or her duty to warn - the responsibility to notify the proper authorities should they believe their client poses a threat to others or themselves - which can be inferred easily from the principle of societal interest.

Other issues in therapy may arise from the personality of a client. It could be as simple as a personality clash between psychologist and patient, or something less straightforward such as an obsessive client becoming overly attached to their therapist, or irrationally upset/angry with them. Clients can also be unhelpful in other ways, such as missing sessions or prioritizing advice from external, unqualified sources. Therapists are not perfect either; some may push too hard, or have an approach to counselling that irritates some clients, or perhaps meet a client whose particular case speaks to some event in their past that makes it hard to remain objective. The balance between approachability and professionalism is a delicate one and while therapists should strive to form a working relationship with any client, there are cases when a referral is the best solution. 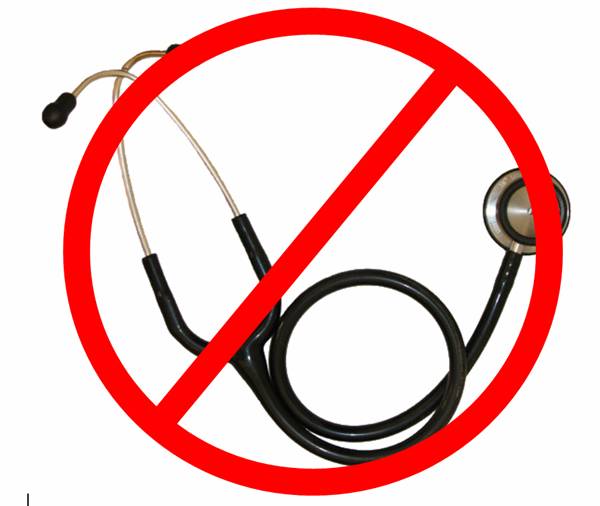 In situations where a client is conflicted about treatment, having received contrary advice from well-meaning family members, religious leaders, etc., it may be best to simply lay out the facts and respect their autonomy.

Due to its prevalence, faith can also prove to be a stumbling block in a client's treatment. In David B. Presley's article Three Approaches to Religious Issues in Counseling, he names avoidance, integration and eradication as means of dealing with a client's faith2. He concludes that avoidance may lead to incomplete treatment, integration is challenging and eradication may well be met with resistance. Interestingly, the APA allows both conversion to and from atheism as part of psychiatric treatment, though fully-informed consent is vital in both instances.

Finally, culture and gender must also be taken into account, in much the same way as described by our page on difficulty in assessment. What we perceive as normal, healthy behaviour varies from culture to culture, and the current psychological practices are largely dominated by American-European ideals. Therapists should strive for as complete an understanding of a client's background as possible in order to ascertain the roots of their issues, and glossing over foreign elements of that background could impede the process. To a lesser extent, gender roles within a single culture may make it necessary to treat the same condition very differently for a man and a woman. Depression is a good example of this - an article entitled Gender Differences in Depression by Piccinelli and Wilkinson notes that it more likely to find "females suffering from pre-existing anxiety disorders and males experiencing more externalising disorders, such as alcoholism, antisocial personality and drug misuse"3.

Fortunately, none of these problems are insurmountable to a therapist with persistence, patience and an open-mind.

Give some thought to your theoretical orientation as a therapist-in-training. What theories are you aware of and which ones "speak" to you? Think about how you perceive people, the origins of client difficulties, time focus (past, present, and/or future), your beliefs about human nature, and how people change. Give a brief sy

Hello! I need help with the following. This is all part of one huge assignment and this is the only part that I am stuck at. The attachment contains information about Luther. It starts at #2. Instructions: •Identify the hypothesis. On the basis of this information, describe Luther's problem behavior and about the function

Romance and Ethics in Counselling

Consider the following scenario: A 40-year old therapist becomes attracted to a 38-year old client and soon realizes that the feelings are mutual. They discuss the situation and mutually agree to terminate therapy and to begin dating. They eventually get married. I appreciate if you can answer sooner than 3 days and let me k

Consent and Duty to Warn

Consider the limits of confidentiality that you delineated in Question I. Had those limits been discussed and an informed consent signed at the onset of treatment, please discuss how you would respond to your client disclosing his intention to have unprotected sex, despite positive HIV status, with an identified other. A complet

(1) Assume that you intend to practice in a private practice setting in Canada. Please provide a clear and exhaustive list of the limits of confidentiality (in simple language that could easily be understood by a client irrespective of level of education). Please also discuss the ethics and laws related to record keeping. Finall

Evidence-Based Practice, Empirically Supported Treatments, and the APA Ethical Code Increasing your knowledge of universal and orientation-specific skills is your first step to becoming a competent psychotherapist. You also must be able to research and evaluate appropriate empirically supported and evidence-based practice int

Problems with Outside Advice Given to a Client

Parents, friends, bosses. These people offer advice. Offering a client advice can get you into trouble. Can you think of a reason why if a client is getting services from a therapist and others are giving advice as well it can be a problem?

Briefly, what is your response to this discussion about the many different challenges in multicultural counseling? Do you agree with this discussion? In order to ensure counselors meet the needs of different cultures, counselors must become culturally competent, able to strategically adjust their practices based on the cultur

The many different challenges in multicultural counseling