Mood disorders involve a disturbance in an individual's mood, which could be characterized by either depressed mood or elevated mood to the point of mania. These disorders are fairly common, occurring in approximately 9.5% of the U.S. adult population over a 12 month period¹ and are often comorbid with other disorders such as anxiety disorders and substance abuse disorders. 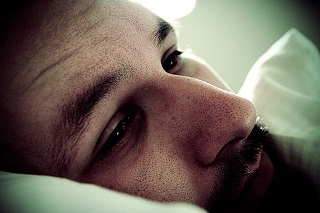 Perhaps the most common of the mood disorders is unipolar depression, often referred to simply as depression or major depressive disorder. It is characterized by the experience of one or more major depressive episode, which can include depression, hopelessness, worthlessness, loss of interest in activities once enjoyed, and changes in behavior such as more or less sleep/eating. Depression is also associated with a high risk of suicide due to the individual's feelings, and because the disorder can be severely debilitating, it can be accompanied by loss of ability to function in terms of parenting, buying necessities, and going to work, which causes a major loss to the economy. Many different types of depression exist, including post-partum depression, dysthmia, psychotic major depression, and catatonic depression.

While depression is characterized by a purely depressed mood, bipolar disorder involves manic states as well as depressive states. An individual can switch between these two states over a few days, weeks, or even months. In a depressive episode, the individual may be able to do nothing but lay in bed and feel hopeless, much like unipolar depression. However, in a manic state, they will seem full of energy, may not sleep, act impulsively, and engage in risky behavior, such as doing drugs and quitting their job.

Mood disorder treatment often includes cognitive-behavioral therapy and interpersonal therapy, and drug therapies can also be used, such as antidepressants for depression and antipsychotics, mood stabilizers, and lithium for bipolar disorder. Other treatments can also include building a good social support system for the client and encouraging exercise which can release endorphins. Often, a combination of all of these treatments is most effective.

Unipolar depression is characterized by the occurence of one or more major depressive episodes in the individual, which could involve feelings of worthlessness and suicidal thoughts.

Bipolar mood disorders involve not only depressive states but manic states as well, in which the person is seemingly full of energy and may engage in reckless behavior.

The solution provides information, assistance and advice in tackling the task of putting together a discussion on the following mood disorders - executive disorder and major depressive disorder. A concise outline is suggested and resources are also listed for further exploration of the topic.

Discussion 1: Mood Disorders and the Client Although you may have experienced intense sadness or overt happiness within a given situation, chances are these emotions were not long-lasting. Research has shown diagnoses of mood disorders highlight two specific, factors: severity and consistency. Clients suffering from mood diso

Question: What are the primary causal factors of mood disorders? Include genetic, neurological and environmental factors.

Give a comparison between the Executive's disorder and Connie's disorder. Explain the factors that might make it difficult to differentiate between and diagnose the disorders. Case 1: A 28 year-old junior executive complained of being "depressed" about everything: her job, her husband, and her prospects for the future... He

Please guide toward creating a summary focusing on something you learned found interesting about the material (the surgeon general's report on mood disorders (see link below)). http://www.surgeongeneral.gov/library/mentalhealth/chapter4/sec3.html

What is the difference between mania and depression? Why is it important to understand this difference? 250 to 300 words are needed

Base on infomation below, What are the major differences between behavior therapy and cognitive therapy? Mood disorder can be treated with either medication, or therapy. Medication is also a treatment for this disorder, but in some severe cases hospitalization is needed. Cognitive therapy has been especially effective for tre

Please help me get started by providing me with information and/or links to websites. · Write a 750- to 1,050-word paper briefly describing the Mood Disorders and detailing the current trends in diagnosis and treatment for this disorder. · Format the essay in accordance with APA guidelines. Thank you.