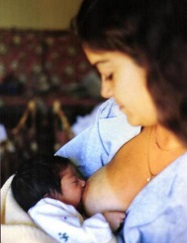 Since sexual reproduction is the only way which genes are passed on to the next generation, it follows that mating is a crucial link in the evolutionary process. Obviously those with superiority in the mating process will have their genes propagated. The predominant literature predicts that women have evolved to be more selective, whereas men have evolved to find ways to attract their mate. This research can allow researchers to predict various aspects of the mating process including selection, poaching, retention, jealous, preferences, characteristics, etc.

Mating is only the first step to the process of gene propagation, the second is parenting. The literature widely accepts that the paternal and maternal roles vary quite a bit. This is thought to be for evolutionary reasons – or at least can be explained by them. For example, it is found that mothers are more inclined to invest more of themselves into their offspring, because she knows with certainty that the offspring is indeed genetically connected to her; this is not true for the father. Furthermore, this line of thought can be extended to explain the prominence of monogamy – this gives the father more certainty in his relationship to their offspring and therefore induces more effort and investment from the father. Not only do fathers generally invest less, but this, evolutionarily, has made them more incapable of nurturing offspring. This subtopic of psychology explores these concepts as well as expands to exploring the effects on the offspring that are generated.

1.The first five years of a child's life are crucial to their physical, mental, social, and emotional development(give your top 3-5) for parents to do to promote healthy growth in all areas of a child's development? 2.Discuss various ways can parents promote self-regulation within their children?

1. Managing stress in a family today is important. Explain some of the reasons families experience stress and what are positive ways to reduce that stress? 2.Explain how parents best deal with problem behaviors with their children? How does punishment fit into this?

1.We learn parenting skills from many places. Perhaps our biggest influence on our attitude towards parenting is from our parents and how we were raised. We also are influenced by media, science, religion, and other sources. In your observation, how have any of these sources influenced parenting, in general, today 2.Pick a

Effects of Music During Pregnancy on Mothers and Infants

This solution provides help in locating two educational resources on prenatal development within these facets: * The source of information * The type of information (print, video, lecture, etc.) * The scope of information. Mention which area is addressed: Chromosonal and Gene-linked Abnormalities, fetal alcohol syndrome, d

The Dilemma of an Undisclosed Affair

Napier (1991) stated that he is unwilling to continue therapy with a couple if he knows of an affair from one partner, but they are unwilling to disclose this to the other partner. What is your own opinion about this? There is no single correct answer, of course - as long as ethical requirements are followed in terms of not brea

The article by Gottman, Gottman, and Atkins (2011) describes an intervention for distressed couples where one partner is deployed overseas. Are there specific interventions they use that you can imagine applying to other couple situations or stresses? For example, can you see how parts of this approach might be useful for situat

Can you help me understand the difference between child abuse and child neglect?

Why do people sometimes become either more or less physically attractive as one gets to know them better?

Please help provide answers for the following questions: Do you think that our fight or flight can have remnants of territorial behavior woven in it? By this I mean, when we are usually threatened to the point of fight or flight we are usually protecting something or someone. I had a boy try to protect his brother at school

Same Sex Couples and their Children

Could many of the problems that exist between a couple actually be a gender role "thing" that, itself, could be explored more deeply to find resolution (as opposed to simply being dropped)? For example, if a couple were to explore how the two sexes communicate so differently that the irritation becomes too great, and then learn

Birthing and parenting in different cultures

Discussion of similarities in attitudes, beliefs, traditions, behaviors, etc. Birthing and parenting that exist among all three cultures (American, Mexico and China).

Creativity: Thinking Outside of the Box

People have become so accustomed being in the herd so they do not bother to be creative. The basic idea is that to be creative you need to challenge your own assumptions and look at things from a fresh angle. 1). Can a parent or parents be a good role model by showing and teaching their children to think outside the box and

Do you agree or disagree with the comments and opinions expressed in this discussion? Explain your answer. Every parent has their own way of parenting and there are three styles of parenting. The first style is permissive. Permissive parents are very nondirective and avoid trying to control their children. Parents that use th

The importance of co-parenting through divorce

How can parents maintain an effective parenting style in the face of the emotional turmoil that accompanies divorce?

Please help answering these questions attached. I'm having difficulty providing short responses to them. Page numbers don't matter. It can be your own knowledge. 1. On page 210 of the textbook, the author defines 3 patterns of parenting--authoritarian, authoritative and permissive parenting. Do you think that the age of th

Give an explanation of how each of these four types of parenting styles (the strict parent, the permissive parent, the parent who tries to be the child's friend, and the neglectful parent) can impact children's physical, cognitive, social, and emotional development. Also explain the role of culture in influencing parenting style

Parenting styles can provide children with the foundation they need to succeed academically and socially or stifle their cognitive and social development; which can lead to emotional or psychological problems. The average parenting style fits into one of four categories: authoritative, authoritarian, permissive, and uninvolved.

Explain how each of the four parenting styles (authoritarian, authoritative, neglectful, and indulgent) can impact children's physical, cognitive, social, and emotional development. Also explain the role of culture in influencing parenting styles.

Talk to a parent, grandparent, aunt, or uncle concerning their beliefs about child rearing. Do they closely match the authoritarian, authoritative, or overly permissive styles you have studied in this unit? How so? How do you think these styles affect social, language, and cognitive development in a child? How do you think the a

Please help me evaluate the different types of parenting styles & their influence on development during infancy & early childhood. (300 word response) Then compare & contrast at least 2 different kinds of caregivers(e.g., stay at home parent, daycare, grandparent, nanny) & the positive and negative impacts on development during