An accurate diagnosis is essential in order to focus on appropriate treatments for a client. Diagnosis of a psychological disorder refers to the name given to a set of symptoms - a syndrome. Classifications exist in order to arrange symptoms that tend to occur together into syndromes that can be distinct from other syndromes.

The most used classification systems include the International Classification of Diseases (ICD-10) and the Diagnostic and Statistical Manual of Mental Disorders (DSM-IV). The two systems are largely the same, mostly due to the fact that they have collaborated in recent versions to provide a more cohesive classification of mental disorders. 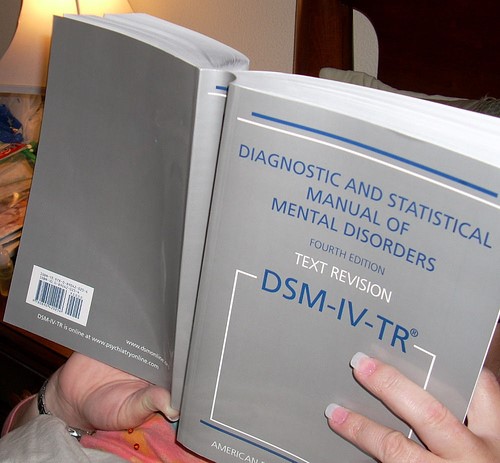 Both the ICD-10 and the DSM-IV take into account the ability of the individual to function when diagnosing a client. Therefore, it is not enough to just have symptoms of the syndrome, but the duration of the symptoms and their severity - that is, how they affect the individual's daily functioning - is also important in diagnosis.

New systems of classification are emerging, including the staging method, which seeks to classify disorders based on their severity, extension, development, and features,² and other classification systems exist, such as the Diagnostic Classification of Mental Health and Developmental Disorders of Infancy and Early Childhood.

You will select a person for whom you will complete a diagnostic battery. The person and his or her history should be connected to some legal issue, be it criminal, civil, or juvenile. The person can be a public figure or a fictional character from a book, a movie, or a TV show who is related to the legal process. As you progres

Diagnose the mental health issue in the following case study

•Diagnose the mental health issue in the following case study. •Select and explain your pharmacological treatment approach including the pharmacokinetics and pharmacodynamics of the drug(s) you choose. •Describe how your treatment approach will alter brain chemistry and influence behavior. The Case Study Mr. S. is

Diagnosing Relational Problems - With References Also. How would you incorporate the DSM-5 into the assessment phase with a couple or family? (Include the relational V codes and Z codes in your discussion). ◦Would you also formulate a separate DSM-5 diagnosis for any of the individuals you see in a couple or family? Why o

Use the DSM-IV-TR Multiaxial System as you assess and diagnose a fictional character. This character may be one from movies, theater, television, or literature of your chose. Demonstrate both breadth and depth of knowledge and critical thinking appropriately. The pages should include the following elements: I. Introduction

Please provide a discussion of learning styles and methods of teaching that facilitate learning in the area of industrial/organizational psychology.

Can you please read Joanne's Case Study and provide the following: - A tentative multiaxial DSM diagnosis for Reggie, Joanne's son. - Describe how you would apply one of the three family systems approaches to the case. - Develop two short-term and two long-term treatment goals with accompanying interventions and explain you

Clinicians all over use the V Axis Diagnostic System when diagnosing and treating a client in therapy. This material breaks each axis down and explains what it is and what it's used for, why it's valuable, as well as explaining what the Global Assessment of Functioning score is and how it works.

The Five Independent Axes of the Multiaxial System

The DSM-IV-TR and Multiaxial System is used throughout the mental health system to provide an accurate, objective review of the evaluation completed by a licensed clinician. When complete, the DSM-IV- Multiaxial System diagnosis provides a complete picture of the client/patient. Identify one of the uses of DSM-IV-TR Multiaxi

What is the role of the DSM IV-TR ? Briefly explain each of the axis 1 through 5 of the DSM IV-TR What are the numbers for behind the Axis for example: Axis I: 297.1 Delusional Disorder, erotomanic type /Axis II: 301.50 Histrionic Personality Disorder. The numbers 291.1 and 301.50 are they codes?

The Value of the Multiaxial Diagnostic System

The V Axis diagnostic system (also called the Multiaxial Assessment) is used throughout the mental health system to provide an accurate, objective review of the evaluation completed by a licensed clinician. When complete the V Axis diagnosis provides a complete picture of the client/patient. Please outline the five sections

Importance of an Accurate Diagnosis

Accurate diagnosis is essential to the well being of the client/patient in the mental health system 1). In your opinion why do think it is important to use a multicultrual perspective in all phases of counseling, including assessment, diagnosis, and treatment? 2). Describe the cultural issues, and one other diagnosis is

Accuracy in the Diagnosis