Three large problems a clinical psychologist or psychiatrist may face are evaluating children, interference from contributing biological factors and misunderstandings due to cultural disparities. 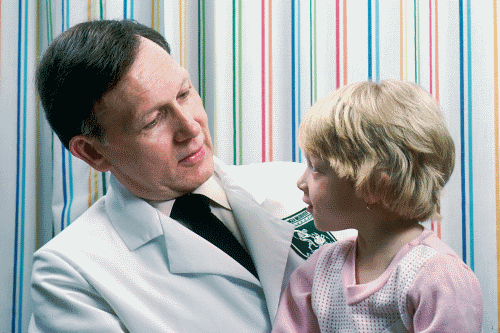 Young children may lack the communication skills to openly discuss their thoughts and feelings, making it difficult to understand their situation and provide a clear diagnosis. For example, a child who is experiencing depressive symptoms and seems to be reclusive may simply refuse to answer or give a dismissive response such as 'I don't know'. Often, information is obtained from parents about the child, but they could be biased or offer unhelpful interpretations of their child's behaviour rather than pure facts. It becomes particularly problematic if the parenting is a contributing factor to the child's problem as the child may be more reluctant to say anything with the parent there, or said parent may outright conceal an issue.

Some testing methods have been created for assessing children, including the Children's Depression Inventory. However, discussion in terms of diagnosing children with serious mental illnesses remains controversial and therefore most assessments focus on determining the presence of disabilities or developmental problems, like intelligence tests, motor tests, and school readiness tests, rather than mental syndromes.

Understanding physiological and neurophysiological factors in the individual is important so that any underlying physical conditions can be ruled out. For example, thyroid disorders can cause symptoms related to depression and anxiety and a brain tumor affecting perceptions and behaviour could lead to misdiagnosis of schizophrenia or a personality disorder. These cases require special, if not entirely different styles of treatment and so much be identified On occasion, a physical disease may be found that requires no extra mental treatment once it is cured.

Neurophysiological factors, such as drug use, also need to be taken into consideration. Both legal and illegal drugs can cause hallucinations, paranoia, and anxiety, which may appear to be symptoms of schizophrenia or other mental illnesses. Cognitive and intellectual functioning should be tested as well to prevent similar misdiagnoses simply because the individual has something like a poor short-term memory causing agitation, paranoia, and anxiety.

Clients from Other Cultures 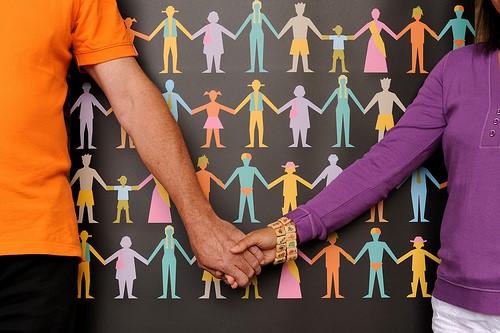 Due to cultural relativism, the clinician must separate their own beliefs and norms in order to remain unbiased. Otherwise something that is relatively normal in a foreign culture might be noted as abnormal by a psychologist working from the framework of his or her own culture and lead to misdiagnosis. For example, some cultures have a widespread belief in spirits and a Western atheist clinician would have to realise this before he or she marked down talking to spirits as a symptom of mental disorder. Many standardised tests were also devised using samples from a particular culture and so an unusual result from such a test should be considered in tandem with the client's cultural background.

Language barriers can hinder the assessment and diagnosis process, and if interpreters do not translate the clinician questions or client answers appropriately. Before assessing the individual, the clinician should develop a therapeutic, respectful relationship with the client so they can better understand the data they collect through conversation, testing and observation to make a fitting diagnosis.

Problems in assessment and diagnosis of a patient can be related their willingness to answer honestly to interviews and questionnaires. During interviews, and even in behavioural monitoring, a client can say and act in ways they normally do not in order to present themselves in ways they think the clinician wants to see. For example, an individual with an eating disorder who is keeping a food log to try and increase their intake may lie by adding more food on the log than what they actually ate, or may tell their clinician that they're eating more when they aren't.

Clinicians can also be at fault by following confirmation bias. If a clinician obtains information about the client and makes a preconceived decision about their diagnosis and treatment without completing a full assessment, then they are likely to ignore facts that discount their hypothesis and tune in to facts that match. This can result in improper assessment and treatment.

Review the main diagnoses in the chapter "Bipolar and Related Disorders" from Section II of the DSM-5. What contextual/systemic factors need to be considered when diagnosing individuals with symptoms of depression, mania, hypomania, and bipolar disorders? Review the material about the treatment of bipolar disorders in the Ab

Can you help provide an evaluation of the local clinical scientist model? Include in the benefits and challenges of implementing this model and, specifically, how one would address the challenges.

Comparing and Contrasting the Clusters of Personality Disorders

Why is abnormality so difficult to define? What characteristics help us recognize abnormality?

1). What do you think are some of the causal factors for autism that might explain its increase in diagnosis? 2). Do you feel the causal factor is both physiological and psychological? Why? 3). Do we know which DNA has predispositions? 4). According to authors such as Palmieri & Persico (2010), mitochondrial dysfuncti

A timeline that displays the development of abnormal psychology. Include five main milestones

As a Caucasian male I'm expanding on the challenges of Counseling African American women. I'm mostly interested in the multiply identities and constrains. Any thoughts or comments welcome.

Consider ethical and legal questions that arise in working with children and adolescents. For example: Can minors consent to treatment without parental knowledge or parental consent? What are the limits of confidentiality in counselling minors? What does informed consent consist of in working with minors? Do parents have absolut

Could you please do an "objective" conversational response on how this person has done on their discussion on thinking critically about the erroneous research on vaccination risks and Autism? Your expert objective response should contribute thoughtful, unique and interesting information to add to their discussion. This i

To prepare for this Assignment, select one of the following cases. Consider how the client's trauma history may be affecting his or her mental, physical, emotional, and sexual functioning. Then think about counseling strategies you might use to help this person achieve greater intimacy. Case #1: Tony, age 45 Tony is a single

Court mandated clients are often not ready to take an active role in the therapeutic process and thus are not good candidates for therapy. Is this true? why or why not?

What are at least two ethical issues associated with clinical psychology? Provide an example of a situation that could be ethical but illegal. Explain your response

Discussion: Focus on an underrepresented group that you read about (rural communities), comment on the brief reading and how other issues around the chosen population may relate to the Ethics Code.

Resistance is a natural part of the process because a fragile ego feels as though it has to protect itself from the truth because it is anxiety provoking and many people feel as though they will simply fall apart, go crazy, or never stop crying. That type of resistance is a good challenge and forging your way through it with a t

Imagine that you are a professional who wants to evaluate the progress of a given client through psychological testing. Identify the different sources of bias you might encounter in the assessment process. Discuss the specific steps you would take to reduce test bias effects and what you would look for in an assessment ins

APA Sexual Intimacy with a Client

What does the APA say about sexual intimacy with a client? What about having a relationship with a former client? What should one do if they become aware of any level of sexual feelings towards their client? Thank you for any help that you can offer to me?

Need Assistance with When You Cannot See Your Client

Crisis counseling via the telephone is one way counselors can help to prevent more serious outcomes, such as completed suicide. Some counselors may also encourage clients to stay in touch with them during difficult times via the phone or email. It can be challenging to assess the seriousness of imminent danger and provide the mo

Can you think of examples when the case study method may be appropriate when conducting researching with children?

Similar to Freud, Carl Rogers developed his theory from his extensive work with his patients. However, unlike Freud, he believed that people are typically healthy; being mentally healthy is the normal state. Although there are unhealthy people, they are not the norm or what one has to accept and live with throughout one's life.

Clients will not understand why they are feeling as they are, however, keep in mind that what a person is feeling and why the person is feeling that way are two different questions.They also are different than the effects of those feelings (often seen as behaviors such as lack of interest, lack of attention, shakiness, rapid pul

Please help me with describing at least two personal beliefs or biases that could interfere with ones perception of an interviewee, establishing rapport with him or her, and the interview process itself. Describe how each might interfere and how one could address each so that it does not. Also discuss how the physical environmen

Give examples (from either previous professional experience or from the vignettes in the text) of appropriate informal and formal resolutions of ethical issues.

Review the particular training required in order to work with children and/or adolescents, and the sorts of ethical and legal questions that arise in working with children and adolescents? Investigate the law in the province, territory, or state within which you plan to practice (by contacting the licensing board or college resp

Limitations of Norms and Norming

Can anyone help me with a summary of the poor outcome of the case below and the ethical principle(s)/codes the researcher violated and how. Also, is there a strategy that the researcher could have applied that might have helped resolve the ethical dilemma and would ether the dilemma have change if either the participant or the r

Describe each ethical issue, problem, or flaw you found in the Stanford Prison Experiment. Explain whether the same research, if conducted today, would be considered ethical or unethical and why or why not.

The Necessity of Empathy in Therapy

Is there a danger in assuming that one will always able to understand a client's unique challenges and lifestyles enough to "walk in the clients' shoes"? Let me give you an example. My metropolitan area(Mpls./St. Paul) has the largest Somali and East African immigrant population in the country, so many in the human service

When Ernie stated that, "I also must not be closed-minded to new ideas and possibilities for each client I work with on how to best approach and treat them," - does that necessarily mean that one's own personal values might become compromised? For example, in our society, the "power" in the family is assumed to be either with th