"People are at once rooted and rootless, local producers and global consumers, threatened in their identities yet continually remaking those identities.”

Globalization is the process in which the international community becomes evermore integrated through the increasing availability, accessibility, and ability of transportation and communication technologies. The internet is an example of an innovative technology that has greatly increased globalization. In reference to politics, it is often thought that globalization will reduce the importance and priority of national political organization. As globalization increases we have seen the steady increase in the number of international and multilateral organizations such as the European Union, G8, World Bank, etc. The onset of globalization has had a backlash though, where certain sovereign states have elected to isolate themselves from the global community; North Korea is one example. As globalization becomes more prevalent, relative economic and developmental status becomes more important than absolute. That is to say the comparison of countries along the development scale (developed, developing, and undeveloped) is very important. A country could be ten times richer than it has ever been in history, but if it is amongst some of the poorest countries in the world it will encounter issues arising from the nature of globalization. 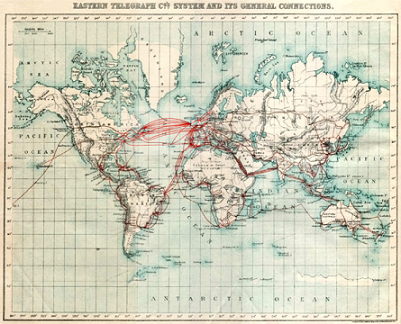 This is the foundation for the concept of global development. In our world, we have classified countries as anywhere from undeveloped to developed countries; international development is concerned with the ways countries can be moved along this spectrum. The institutions that facilitate global development are primarily ones that have come about post-WWII. These institutions seek to further healthcare, reduction of poverty, equality, disaster control, human rights, etc for the entire globe. International development is clearly a wide ranging topic, and relies on a few theories such as the modernization theory, dependency theory, and world systems theory. The modernization theory shows what factors caused developed countries to arrive at their current states and states that other undeveloped countries can be brought to the same state with a bit of help. The world-systems theory is a perspective that takes 'world systems' are more important than individual nation states. World systems are sections of the world divided via similar types of labour. The dependency theory is the idea that poor states stay poor because their wealth is flowing away from them and into wealthier states. These are some of the most important theories that make up the foundations of global development.

The Effects of Globalization

This gives a detailed description of the impact of globalization.

Compare and contrast the competing theories for African economic development, being sure to discuss the major propositions of modernization and development and Marxist and dependency theories.

Using the Comparative Public Administration method, I need help in analyzing two countries of your choice and compare how the two differ in terms of executive-legislative power vis-à-vis the government bureaucracy.

Benefits and drawbacks of globalization

Globalization has been seen by some as beneficial where it is the key to future world economic development, it is irreversible and inevitable. On the other hand, some view it as a mode to increase inequality within and between nations, threatens employment and living standards and thwarts social progress. Discuss.

I need help in putting together information that I can use and l also need guidance for the structure of an analysis of a social trend that I believe has implications for the ethical leadership of public administration. I may make this specific to the area of public administration (CBP) that I am interested in. I need to descri

Whether by natural disaster or economic issues, poverty remains an issue in other countries such as Haiti. 1). Watch The Aid Dilemma video from http://www.pbs.org/wgbh/pages/frontline/haiti-aid/ and discuss whether you think that our efforts, though well intentioned, are doing what we intend. 2). What are the pros and