All galaxies outside of our own are moving away from us. The galaxies that are furthest away are moving the fastest. They are not moving through space, they are moving in space due to the principle that space is also moving. The universe has no center.

The universe contains everything in existence. It contains the largest galaxies and the smallest atoms. It formed 13.7 billion years ago in the Big Bang. Since then it is expending at an infinite scope.

The expanding of the universe was first observed in 1925 by the astronomer Edwin Hubble. He proved the direct relationship between the speeds of distance galaxies and their distances from Earth. This proof is now known as Hubble’s Law and the rate of cosmic expansion is called Hubble's Constant. 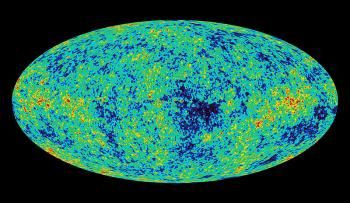 Challenges in Measurements and A Survey of Safety

Part 1: Procedures in the Physical Sciences: Challenges in Measurements (3) specific challenges to making direct measurements in the fields of astronomy, chemistry, physics, or earth science. Describe how scientists have utilized indirect forms of measure to overcome these challenges. and (2) of the most historically infl

Problem # 2 A sound source sends a sinusoidal sound wave of angular frequency 3000 rad / s and amplitude 12.0 nm through a tube of air. The internal radius of the tube is 2.00 cm. (a) What is the average rate at which mechanical energy is transported to the opposite end of the tube? If an identical wave and the original wav

How can ds = dqr/T (d-bar q(reversible) / T) can be used to determine the entropy increase of a system in an irreversible process. Why does this technique works?

Expansion of the Universe by Friedmann's Equation

The expansion of the Universe is described by Friedmann's equation, (R/R)^2 = 8piGp/3 - (kc^2)/(R^2) + lambda/3, where R is the characteristic scale of the Universe, R is its derivative with respect to time, p is the mass density of the Universe, k is a constant which can have values of -1, -, + 1 and lambda is Einstein's

If our Universe was 100,000 times denser than it actually is, what fate would the toy-model predict, a Big Crunch, Eternal Expansion, or a Big Rip? Why?

1.We have heard of simple toy models of the Universe that were studied by Einstein, de Sitter, and Friedman. If our Universe was 100,000 times denser than it actually is, what fate would the toy-model predict, a Big Crunch, Eternal Expansion, or a Big Rip? Why? 2. In the question above, would the universe have a finite size

Why is the universe believed to be expanding? Please provide references as well.

Use the method of truth table expansion to determine whether or not the sentence below is a theorem of quantified logic. The # indicates a biconditional, usually indicated by a double arrow. (EX)(Y)FXY#(Y)(EX)FXY