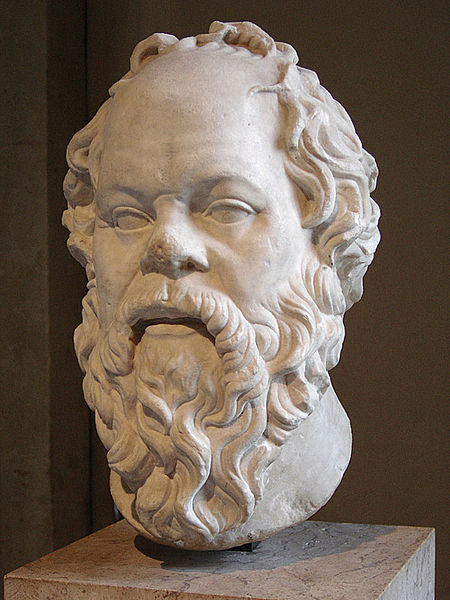 Socrates was a classical Greek Athenian philosopher. He is credited as one of the founders of Western philosophy. Additionally, he is especially known for teaching his students Plato and Xenophon through his schools. Socrates has become renowned for his contribution to the field of ethics and the development of the Socratic method.

Since Socrates did not write philosophical texts, the knowledge of his life and his philosophy is entirely based on writings by his students and contemporaries. Plato, Xenophon, Aristotle, and Aristophanes provided important insights into his life. Plato is frequently viewed as the most informative source about Socrates’ life and philosophy.

Details about Socrates can be found in three contemporary sources. The first two are the dialogues of Plato and Xenophon. The third source are the plays of Aristophanes. Socrates was coined a champion of oral modes of communication and opposed writing anything down.

Socrates married Xanthippe and had three sons with her named Lamprocles, Sophroniscus, and Menexenus. He initially earned his living as a master stonecutter. He took over stonemasonry from his father who was claimed to have cut stones for the Parthenon1.

Socrates served in the Athenian army during three military campaigns at Potidaea, Amphipolis, and Delium. Alcibiades describes Socrates’ valor in the battles of Potidaea and Delium where Socrates saved his life. In the writing Apology, Socrates compares his military service to his courtroom troubles, and says anyone on the jury who thinks he ought to retreat from philosophy must also think soldiers should retreat when it seems likely that they will be killed in battle1.

Socrates’ attempts to improve the Athenian sense of justice may have been the cause of his execution. Socrates was found guilty of both corrupting the minds of the youth of Athens and of impiety (not believing in the gods of the state) and was sentenced to death by drinking hemlock.

Socrates said that the unexamined life is not worth living. What did he mean by that and how does that concept affect a student in the doctoral learner?

My information pertains to Socrates and the subject of human wisdom. It relates to the wisdom of Socrates and his accounts in the defense of himself during his trial. These accounts of Socrates were that of Plato, who indicates that he was in attendance at these trials in the five dialogues of Euthyphro, the Apology,Crito, Meno

Why did Socrates resist the idea that suicide is acceptable? How might muslim suicide bombers be able to adjust to this language to fit their purposes?

Can someone please help me with this philosophy assignment

Write a two page dialogue between Socrates and a person of your choosing that accomplishes the following: Identify a belief. For example, you might choose a religious belief, a moral value, or a political position. It can be a belief you yourself hold or one you have seen professed by other people. Provide reasons for tha

The Republic by plato

In Republic part I, Socrates objects to Polemarchos's definition of Justice, based on Socrates stated view that it is always unjust to harm, or to aim at harming, one's enemies. How is one to square this with Socrates' own claim that the Guardians are to be, like watchdogs, "gentle to their familiars and harsh toward strangers"

Why is Socrates referred to as a "midwife"? What philosophic idea is at work here?

Essay examining the life, time and key thories of the philosopher (Socrates). I have not been able to locate information on this particular portion. I also need two references.

I need help answering this question on Philosophy.

I need to answer this question in 3 pages: At what point do you think Socrates really starts to take control of the argument? What is justice? This meta-ethical question, that is, a question asking about a moral concept, is the centerpiece of Plato's most famous dialogue, The Republic. Unlike many of Plato's short dialog

Did Socrates Die for Something Worthwhile?

1) Why did Socrates die as he did? Socrates chose to take the poison for several reasons. First of all that was the form of capital punishment in Athens not something that Socrates chose "out of the blue." Secondly Socrates had been a firm advocate of following the law and obeying the government so it only made sense for him

Why did Socrates take the Hemlock? Was it really suicide or was he following the law of Athens?

The form that capital punishment took in Athens was by drinking a drink containing poison hemlock. Therefore Socrates took the hemlock because that was his punishment. During the course of the trial after he was found guilty the prosecution asked for the death penalty to be administered. When Socrates was asked what he felt w

I need a 700 word paper, examining the life, times, and key theories of a selected philosopher (Socrates). Include the following in the paper: Focus on how the culture and the period interacted with the philosopher's ideas.

The unexamined life is not worth living

I need help in beginning to think philosophically. When looking at Socrates, the father of western philosophy who discussed the importance of thinking philosophically in his work the Apology. In this work he made this famous remark, "The unexamined life is not worth living." My assignment is to reflect on that statement and

Need some help on a few issues with The Republic and and the relation to Aristiophanies. Socrates repeatedly says that the three waves - 1) Common education of men and women, 2) Women and children held in common, and 3) The idea that philosophers should rule as kings - make him look "ridiculous" and "a fit subject for up

Socrates's Purpose of the "Noble Lie"

The Unexamined Life is not Worth Living

Use present day examples or your personal experience to justify and support Socrates' point of view in this quote: "the unexamined life is not worth living".

Taking into consideration the Apology, Crito, Phaedo, and the Allegory of the Cave; Some commentators view Socrates' death as, in effect, a suicide. How might one argue for this position?

Hello: What does Socrates say that Justice in the City is and explain how Socrates gets to this conclusion?

An enumeration of the charges against Socrates and a brief account of the problems with those charges according to Apology and Crito by Socrates.

Explain why it is, according to Socrates' reasoning (as presented in both the Apology and the Crito) that as a good man he is constrained to accept the outcome of his trial which leads to his execution.