Plato was a philosopher in Classical Greece. He was also a mathematician, student of Socrates, and founder of the Academy philosophical school in Athens. The Academy was the first institution of higher learning in the Western world. With the help of his teacher Socrates and his student Aristotle, Plato helped to lay the foundation of Western philosophy and science.

Plato wrote the Socratic dialogues. These were thirty-six dialogues and thirteen letters. Plato’s dialogues have been used to teach a range of subjects including philosophy, logic, ethics, rhetoric, religion, and mathematics. 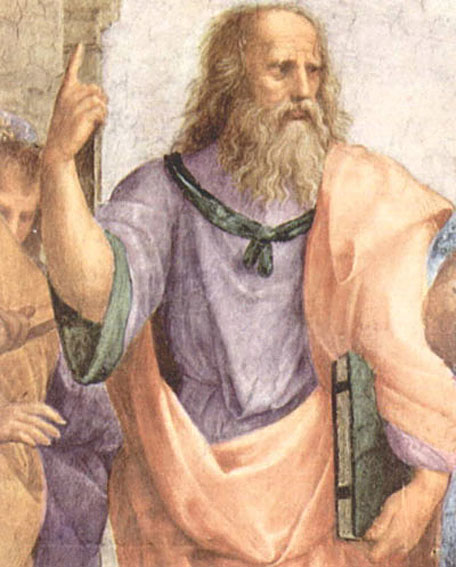 The exact time and place of Plato’s birth is unknown, but it is certain that he belonged to an aristocratic and influential family. In his writings, Plato would introduce his distinguished relatives, referencing them with precision.

Plato was instructed in grammar, music, and gymnastics by the most distinguished teachers of his time. Socrates was a teacher of Plato, and became close enough to him to be considered one of the corrupted youth that Socrates. Plato was mentioned as offering to pay a fine of 30 minas on Socrates’ behalf in lieu of the death penalty proposed by Meletus1.

Plato founded one of the earliest known organized schools in the world on a plot in Athens after he traveled to Italy, Sicily, Egypt, and Cyrene. The Academy operated until it was destroyed by Sulla in 84 BCE1. It was reopened in the 5th century but closed a century later when the Emperor saw it as a threat to the continuation of Christianity.

There are a variety of sources that each depicts Plato’s death in different ways. One story suggests that Plato died in his bed while a young woman played the flute to him1. Another source tells that Plato died at a wedding feast.

By analyzing the thoughts of the first and most prominent persuasive theorists, you will be able to build upon a foundation of the laws of thought as they govern all formation of concepts, judgments, and arguments. It is not possible in the time provided to cover every theory of persuasion from ancient times to present. Therefo

Plato's Allegory of the Cave: A Discussion

In Plato's cave allegory, what are the shadows on the wall? Draw some comparisons to our own life in the twenty-first century United States. I read your solution to someone asking to provide the allegory of cave from a personal experience and found it insightful, so I thought you'd be able to help... So I understand that th

From Euthyphro, evaluate Plato's argument that what is holy and what is approved of by the gods are not the same thing. Is it convincing? Can you think of any arguments Euthyphro could have given in reply?

The solution tackles the issue "Why philosophers should be the true rulers of a city" from PLATO's "The REPUBLIC".

Plato's definition of the human being and human society

Using Platos (The Republic) and Nietzsche (Thus Spoke Zarathustra) How does Plato define the human being in the Republic?

Applying Plato's allegory of the cave into the movie

As you saw in the movie, selected groups of students at Welton would gather at an old INdian cave and read poetry, letting the words "drip from their tongues like honey." THe boys are inspired to form their own Dead Poets Society. Here, I assume that shadows on the wall is Welton academy(their reality) Their eyes are opened to

Hello: There is a clear stylistic difference between Book 1 and the rest of the Republic....what does this say about Plato's views about the effectiveness of the Socratic cross-examination?

The Republic: Socrates and Plato

Please help answer the following questions. Provide at least 300 words. (a) How does the character Socrates defeat Cephalus' and Polemarchus' accounts of justice? (b) Why does Plato bother to consider these views?