Although the ‘technology’ of Ancient Greece consisted of basic weaving devices rather than smartphones, that early civilization had already begun philosophical inquiry into the nature of technology. In fact, our modern word ‘technology’ arises from the Greek root word techne meaning "art, skill, craft"1. 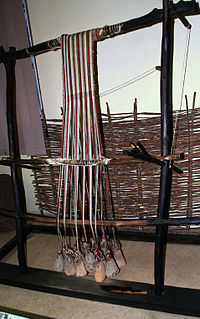 Reconstruction of a warp-weighted loom not unlike the Ancient Greeks would have used.

In those early times, much of the discussion centered around the idea that all technology was in imitation of nature; Democritus suggested that those weaving techniques were learned by watching spiders while Aristotle argued that, while that is sometimes true, "art in some cases completes what nature cannot bring to a finish"2 - a thought which fascinated alchemists in the years to come. Aristotle also drew a distinction between the purposes of natural things and technology, noting that the former possess inner motivation and the ability to reproduce on a self-sustaining level as a species whereas technology is made by external intentions (i.e. those of the human creating it) and without human upkeep, such creations of man would degrade back into their natural elements.

Throughout the ages that followed, various great philosophers have extended and analysed the theories in the philosophy of technology, including Sir Francis Bacon, Earl Kapp, Heidegger and many more3. A mix of optimistic and pessimistic can be found among them and while the modern view of technology tends toward seeing it as a neutral force whose propensity for doing good or doing harm rely on the wielder, the question is still very much up for debate. Another fascinating up-and-coming sub-field is the possibility of Artificial Intelligence and the plethora of moral issues that raises. Whatever comes, our ever-increasing reliance on technology as a species ensures means this area of inquiry can only grow. 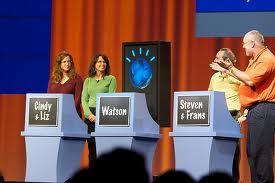 Evaluate critically management practice, and provide recommendations for how an organization may adopt management philosophy of empowerment. Provide an outline for the presentation,and peer -reviewed sources

1. I have been granted the opportunity to interview Dr. Suzan Johnson Cook. I was told that I could ask up to 10 questions during the interview. 2. I am requesting assistance in helping me to prepare 10 questions. 10 questions that would tell me more about her religion and why she chose to be a leader in it. 10 questions t

What are two distinct fallacies we see commonly perpetuated in the media- for instance, in commercials? What do the individuals presenting these arguments assume about the logical skills of their viewers? Is this a good or bad assumption for them to make?

Brain and computers, Thinking computers Hello. This is for a discussion question and wanted to get your opinion.. Based on pieces I've read about identity and consciousness, I've been thinking about how I would answer the argument "humans are just highly evolved thinking machines" and "computers will someday be able to 'thin

Identify a film, book, television show, or other form of media/art that involves characters/narrators reflecting upon the nature of identity and the self. Explain at least one theory of identity. For example, you might discuss rationalism, empiricism, or phenomenology. Cite support from the primary text selections in the cha

Please provide assistance getting started on the following assignment. Please help developing strong, valid points on this topic so that I can write a good essay. I need to: 1. Summarize Rothenberg's account of technology as the extension of humanity into the world. 2. Explain what Rothenberg means when he says " As humani

Please share your thoughts on machine ethics versis computer ethics? Aren't they basically the same thing? How can they be any different?

Can you help me explain this? Should people who are uninformed and reason illogically be allowed to vote for issues and candidates that determine the course of this country? Why or why not? PS: We are learning how to : Explain Logic Arguments/Constructive Logical Arguments/Evaluate Logical Arguments

Please help discuss the question below: How do barriers and emotion inhibit critical thinking?

Application of Critical theory to US Society

If you were to write about how to improve American society today, would you have a critical theory--that is, a theory about how to evaluate and judge it? (Briefly, what would your theory be?) Would criticism about so-called corporate culture be criticized on the same principles?

Can someone help me describe the ways in which nanoscience mightg affect the human experience on a globel level? What might be its impact on the social elements of culture and institutions of social? Please discuss this in terms of economics, politics, religion, and/or art.

If someone could test your DNA and tell you what diseases you would likely suffer from in 25 years, would you want to know the results? Compose supporting or refuting your personal decision to know the results of your own gene test. Use examples, including the specific disease you would be tested for, the actual likelihood of co

Role of Myth in Contemporary Society

Determining if mythical values are present in America today, and to determine the sources of contemporary myths (television, films,video games, novels, comic books, music, art etc). And to give examples of the myths, heroes, and values present. A) Do we live with myths today? B) What is its role?

I need to develop a personal philosophy relating to this topic. "What is moral obligation? What is the extent of our moral obligation to other people and other living things?" I need a description of the principle issues within this topic. What are some issues people may have with my topic? Name some historical views that sup

Relationship between humans and modern technology

Where are human lives heading with modern technology?