In his sixth mediation, Rene Descartes’ Meditator turns his thoughts to his own body and mind - why does a certain feeling in his stomach make his mind decide to eat? Why does he feel pain and itches in his own form but nothing external to it? Thus began formally (for the idea has predecessors in ancient Greece and Asia) debate known as the ‘Mind-Body Problem’ between philosophers, and many psychologists, which carries on to today. The argument centers around the extent of the connection between the mind and the body - are they connected or separate? Does one control the other? 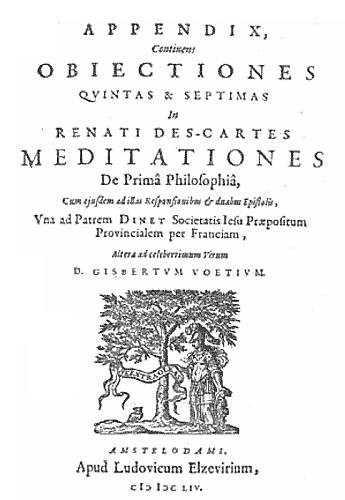 The cover of Descartes' Meditations of the First Philosophy, including his ideas on the mind and body.

Answers to this debate generally fall into one of two camps - monism, advocating a unification of mind and body, and dualism which claims the opposite. Within dualism, there exists Cartesian dualism which differentiates between a mental substance, which can think, and matter, which can occupy a place in space-time. They posit that the mind, being made of the former, is entirely different to the body which belongs to the latter. Property dualism asserts that the difference is purely ontological and non-reductive physicalism delivers a worldview where the mind and body are separate yet mental events are linked to, and possibly caused by physiological ones. Finally, many subscribe to Searle’s idea which draw from the last two, called biological naturalism, wherein he finds mental states ontologically incongruent with physical ones yet possible causally related to them.

On the monist side of the debate lies the camps of materialism where only matter is real and all else an as-yet undiscovered facet of this reality, and that of phenomenalism (also known as subjective idealism) which convey the opposite. Berkeley was a prominent proponent of phenomenalism as it pertained to his ideas of idealism in perception wherein things that are not perceived cease to exist in any meaningful way.

The discussion has seen considerable influence from religion, particularly on the dualist side, and continues to be a subject of hot debate. 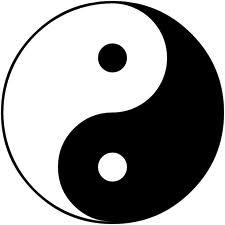 Compare the views of Aristotle and Descartes on the relationship between body and mind/soul.

Impact of Creativity on Society and Culture

What effect does creativity have on society and culture?

What is human consciousness? How is this central feature of our existence related to the natural functions of our physical bodies? Which traditional resolution of the mind-body problem is most nearly correct? These are grand, abstract metaphysical questions, but we have a ringside seat for observing their application to our o

1. The Incompleteness of Skinner's Theory: What other theories might compliment Skinner's position or sort of pick up where he left off for a more "complete" picture of human motivation? 2. How does culture affect the importance of monetary rewards? Provide an example to support your position.

Compare Descartes' dualism with Searle's biological naturalism (in terms of his mind-body theory). What are the main features of each position? How are they similar or dissimilar? What are some of potential problems with each account?

Discuss the truth theories: Empirical Truth and Necessary Truth and their major proponents. Discuss the ways of understanding self.(Essential self, self as body, self as consciousness and self and it's emotions)

Empirical truth is truth that is arrived at through my personal experience or someone else's experience. Empirical truth is acquired through the senses. Therefore we cannot say for sure that something is true unless we or another human has experienced that truth. If we can imagine the opposite of the truth then we say that tr

On Descartes' own terms, how "clearly and distinctly" do we understand the relationship of the mind to the body? How can a completely nonphysical thing interact with a completely physical thing? To ask Mark Twain's insightful question: How come the mind gets drunk when the body does the drinking? Why does my mind react to what h

Compare Plato in (The Republic) and Neitzsche (Thus Spoke Zarathustra) views on nature of the sould and the body, and their relatonship.

Requesting TA 102713, Worked with me on earlier issues and helped tremendously. Compare Plato's and Nietzsche's views on the nature of the soul and the body, as well as their ideas about the relationship between the. Using The Republic and Thus Spoke

Hello: My problem is with a quote in Descartes Sixth Meditation where he writes: "Nature teaches that I am present in my body not merely in the way a sailor is present in a ship"...I'm clueless...what does he mean by this?