Alternative dispute resolution is classified into four different categories depending the the situation of each case. These categories are as followed, negotiation, mediation, collaborative law and arbitration. The benefits of the resolution process are extensive. These benefits include suitable for disputes that involve more than one party, flexibility of the agreement procedure, lower cost than a court settlement, quick settlement times and generally the preservation of relationships through face to face mediation.

Mediation is a way to resolve a dispute with a third party mediator present. 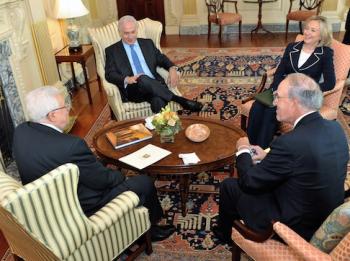 Negotiation is when two or more people discuss the problem with the understanding that they will reach a resolution. 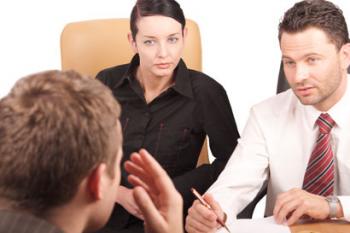 Steps of the Collective Bargaining Process

Fairness of the Three Strikes Law

Is the three strikes law fair and just?

1. What is your opinion in the confidentiality versus good-faith requirement controversy as it applies in Nevada? 2. What is the status of mediator qualification in Nevada? 3. Is there one statute or regulation that covers all mediators, or are different specialties required to meet different qualification standards? Does

Mr. & Mrs. Bahlo were married and filed a joint income tax return for 2003. They had a taxable gain on their primary residence sale (2003) which is stated in their divorce agreement for 2003. Husband is specifically stated as being responsible for income taxes owed for 2003-in their divorce of 2004. The Franchise Tax Board ca

Advantages of the different forms of ADR

ADR is being used to settle claims between litigants in many different situations, circumventing the legal system. Many use a mediator, a neutral third party, to help them reach a mutually acceptable decision. The mediator works with both parties together and separately to reach a mutually agreeable determination in a few hour

Mediation attempts to mitigate some of the problems encountered when the parties or their advocates attempt to negotiate a settlement without the help of a third party. Identify three problems with negotiation that mediation can mitigate and explain how mediation addresses those problems.

Value of Negotiated Rulemaking (a.k.a "Reg-Neg")

Does negotiated rulemaking result in better regulations and is it perceived as more valid by the interested parties? Why is it a better process than regulations generated through traditional notices and comment rulemaking?

Is Cultural Diversity a Good Idea for Law Enforcement?

Many of the nation's cities are divided into radically different cultures. Every large American city has areas with dense populations of different races, cultures, and religions. To adequately and efficiently police these areas, criminal justice must not excuse behaviors because of these differences, but recognize the importance

I am looking to prepare for a final exam on alternative dispute resolution focusing on mediation. I have a set of practice questions that I need to master to help me prepare. No solutions are posted and I really need to see what a well-reasoned and detailed response would look like to each. An actual dispute (that can be docu

Please provide information and ideas. Thank you. Part a: Research the salt lake city Olympics scandal and address specific issues that link to Bigtown's situation. Part b: Prepare a 5-7 side presentation for your boss to give to the mayor answering the questions below.your main points should be listed on the sides and

Case 3-7 Shell v. R. W. Sturge, Ltd. I need to brief this case. I have a guideline that I use but I need some guidance. I am trying to write a brief for a group of people that know nothing about the law but they need to make a business decision for their company base on my brief. I started with the name of the case. T

ABC is a multinational enterprise (MNE) incorporated in State X. ABC entered into a joint venture agreement with XYZ, an MNE incorporated in State Y, to jointly produce a new line of hydraulic equipment in ABC's new factory in State Z, a developing nation. ABC & XYZ have mutually agreed to have the law of State Y govern any disp

I am a member of the complaining country under article XXIII of the GATT 1994. I need to write a brief complaining to the WTO panel that a benefit that acrued to my country the EU under three rounds of negotiations has subsiquently been nullified or impaired by a measure enacted by the defendent country Japan. Japan is now offe