In war, events of importance are the result of trivial causes.

Ancient Rome had three stages: the Kingdom, the Republic and the Empire.

The Roman Kingdom is the monarchical period of ancient Rome from 752 – 509 BCE. Almost no records from the time survive and much of its history is based on stories. The Kingdom ended with the overthrowing of its kings in 509 BCE and the birth of the Roman Republic. 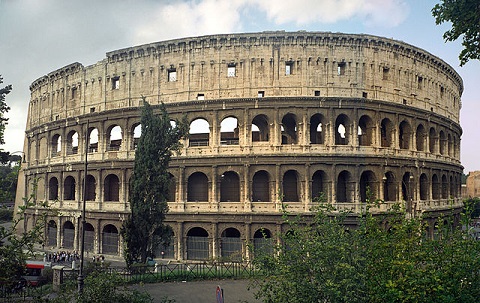 The Roman Republic began in 509 BCE with the overthrowing of the Roman monarchy and its replacement of a government that was headed by two annually elected consuls, advised by a senate. The Republic eventually developed a sophisticated constitution with a system of checks and balances to ensure that no single individual could dominate. Despite these lawful constraints, at the height of the Republic’s power, politics was controlled by a small number of men whose name we recognize today¹. Examples are Julius Caesar and Mark Antony. Following Julius Caesar’s assassination in 44 BCE, unstable alliances led to a series of civil wars that Octavian won. Twenty years after Caesar’s death, Octavian reformed the Republic, marking the beginning of the Roman Empire¹.

The Roman Empire followed the destabilized Roman Republic in 27 BCE. The Empire began peacefully with its first two centuries known as the Pax Romana (“Roman Peace”)¹. During the reign of Trajan from 89-117 CE, the Empire underwent a serious crises and a reunification, from which Christians rose to power in the 4th century.  In the 5th century, the central government of the Western Empire collapsed and eventually fell in 476 CE². The East Roman Byzantine Empire continued until 1453 CE, referring to themselves as Romans despite not having a city of Rome or a Roman Emperor².

1. The Roman Empire. Or Republic. Or...Which Was It?: Crash Course World History. Retrieved from http://www.youtube.com/watch?v=oPf27gAup9U

2. The Pax Romana. Retrieved from http://www.ushistory.org/civ/6c.asp 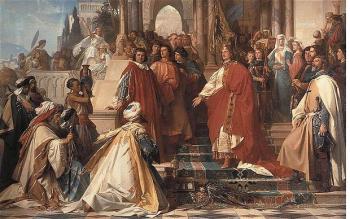 Ancient Rome’s practical and contractual attitudes towards law, politics and religion are very closely intertwined throughout the Kingdom, Republic and Empire. 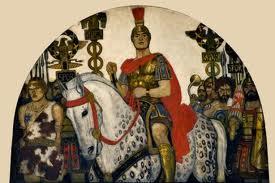 Ancient Rome had one of the furthest reaching Empires because of its successful warfare and expansionary tactics from the very beginning of the Kingdom to the fall of Byzantine Empire.

Civilization, the Roman Empire and Cleopatra

The main points in this solution are the following: 1. What is Civilization? 2. Roman Empire 3. Cleopatra

How Rome Became a Great Empire

I have a project on how Rome became a great empire. I would like to get started and would like a quick overview of the Roman empire and I have 5 questions that I would like to get answered in detail to get me started in my project. If any outside sources are used please provide citation. I have attached a source. How did the

Dear OTA, I am wondering how Greece influenced Rome, aside from architecture. I know Romans were more focused on military and government, but aside from that I'm wondering what the Romans adopted from the Greeks. I don't trust Wiki! Best regards, flustered student

The Roman Republic lasted over 400 years. What is the difference between the Republican and Empire's government? What was the advantage of the idea of separation of powers? Was the change from republic to empire positive? Why?

Exploring the purpose of life and suffering as related to ancient cultures through early Greek and Roman times. Thank you for your gracious assistance!

What were the major influences ofo organizational forms for Republican and Imperial Rome?

What were the major influences of organizational forms for Republican and Imperial Rome?

In the second century B.C.E., did the Romans want to annex Asia Minor and Greece? Why? Would you consider Rome's actions to be aggressive or defensive imperialism? In other words, why did Rome conquer? Were the Romans looking for security? Wealth? Power? Fame?

Did the "idea" of Rome as a force for civilization and progress match Roman social, political, and imperial reality?

How was the transformation from a Roman Republic to an Empire reflected in the political, intellectual, and social life of the civilization? Provided references.

Rome architecture in January 44 BC

It is all about Rome architecture in January 44 BC only. 1. Write short explanation (just one paragraph for each cite) of what the value of the two website is for the exhibit. 2. How is the information on the websites can lead to further study for example how the information is part of the larger picture of the culture.

Factors implicated in the decline of the Roman Empire are noted.

If many factors are implicated in the decline of the Roman Empire, including overuse of resources, political infighting, and lack of morality, how does this hold any lessons for modern society? and could the same thing happen to us in modern times? This question is considered.

How did Roman times show the gradual decline in the importance of intellectualism in ancient western culture. How does this manifest itself in their art?

What are the provisions of the Rome Statute for the arrangement of awards to victims by the international criminal court (ICC)?

Victims Under the Rome Statute

What are the responsibilities of the Prosecutor to victims under the Rome Statute?

Neither ancient Egypt nor ancient Greece ever established an extensive empire, Rome did. Why? Hello, I don't need pages of information, just the basics. This is for an essay midterm in a freshman level general education course. So, not a lot of dates, maybe a few, and not a lot of names, maybe a couple. The concept is