American went through so much of what makes it the country it is today before 1877. From pre-Columbian America, to its discovery in 1492 and its independence in 1776, the United States has signifcant history in that period. America developed its independence, its government, its constitution and its identity all before 1877.

North America was discovered in 1492 by Christopher Columbus, along with the Carribean and explored by Ponce de Leon in 1513. After the British started settling in Jamestown, Virginia in 1607, colonies began popping up in New England. This includes Virginia and the famous Massachusetts Bay colonies.

The United States Revolutionary War changed the course of North America’s history forever. This marked the beginning of the end of British rule in the United States and the emergence of America as an independent nation.

The American Civil War from 1861-1865 was also a huge turning point in the history of the United States. This led to the abolition of slavery and set the course for America’s new national identity.

To understand today’s America and its government, policy, movements and culture one must understand how the country got to where it is today. America’s history prior to 1877 was absolutely instrumental in modern America’s passion for democracy, equality and freedom.

BrainMass has detailed sections of the Discovery and Settlement of America, the Colonization and Colonies, Policies and Movements, and Government. Thomas Jefferson and George Washington, two of America’s earliest presidents are among many influential figures from this time that are explored in this subject. 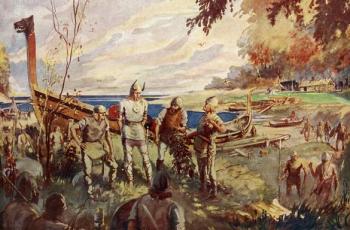 North America was discovered in 1492, leading to the exploration of America itself by the Spanish in 1513.

America's roots can be found in its first colony of Jamestown, Virginia. 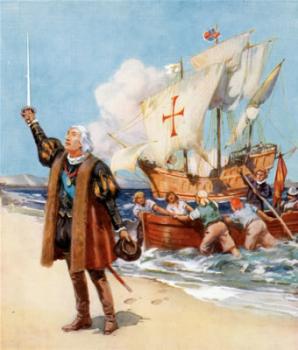 Until the presidency of Thomas Jefferson, America's identity was fought over between the Federalists and Republicans. 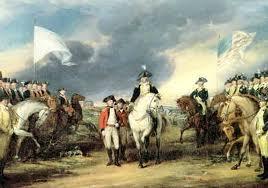 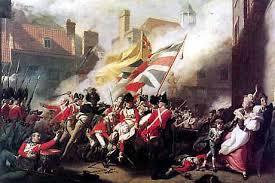 The American Revolutionary War took place from 1775 to 1783 and ended with the emergence of the thirteen American colonies as the United States. 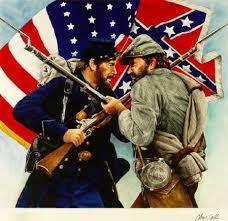 The American Civil War was the struggle between the Confederates and the Union of the United States of America from 1861 to 1865.

The Presidency of Abraham Lincoln was one of great intrigue and emotion. He came to the presidency on the brink of America's first and only Civil War, and yet he was hardly known in the political world before the election of 1860. After handling the nation's historically greatest challenges, he would then be assassinated -- one

What practical reforms, for example, changes in laws, were the result of the pre-Civil War women's movement?

Weaknesses of the Articles of Confederation

After the Revolution, the immediate crisis was establishing a national government. Why did the Articles of Confederation fail, and how was the Constitution supposed to be a better solution?

Freedman's Bureau - What role did this organization play in obtaining freedom for African Americans?

Long essay would be a traditional essay that typically five paragraphs long. The first paragraph should introduce the topic and state the student's position / answer to the question. It should contain between three-five (3-5) complete sentences, including the thesis statement for the essay. The second, third, and fourth paragrap

Long essay would be a traditional essay that typically five paragraphs long. The first paragraph should introduce the topic and state the student's position / answer to the question. It should contain between three-five (3-5) complete sentences, including the thesis statement for the essay. The second, third, and fourth paragrap

I have a team project due tomorrow. My portion of the assignment was the timeline - which is completed however, I have three team members who have bailed and I am struggling to put the paper in perspective. Please help. (I have attached the timeline for reference) Create a timeline highlighting the changes in political par

Reconstruction discussion often points out achievements and criticisms of the South's political culture. But the North experienced successes and failures in these years. Why have these events below lasted so long in elements of the nation's post Civil War history? a. Crédit Mobilier b. The Whiskey ring c.

What was the greatest success of Reconstruction? Would you agree with historians who argue that even if Reconstruction failed at the time, it laid the foundations for the later successes of the civil rights movement?