Ancient History is the study of time between the beginning of recorded history to the Early Middle Ages (34th century BCE to 4th century CE). 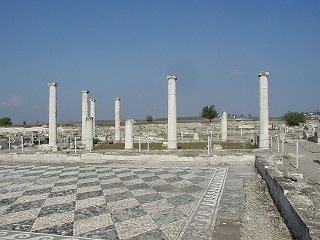 It is the consensus among historians that the oldest discovered articulate system of writing, Cuneiform Script, marks the beginning of recorded history.

It should be noted that different parts of the world adopted the practices of writing and recording history at completely different points in time. Because of this, the lines between prehistory and ancient history are blurred depending on the region in question.
Some famous civilizations from ancient history whose legacies we still see today are Mesopotamia, the Indus Valley Civilizations, ancient Egypt, ancient China, ancient Rome and ancient Greece. These civilizations varied significantly in time, culture, politics and religion but all managed to leave their own marks on our world.

Most ancient civilizations’ cultures and worldviews were dominated by their geographies. Some civilizations were forced to lead isolationist existences because of where they were physically situated. Others relied on their rivers for irrigation and agriculture. The physical situation of ancient Greece called for the adoption of convenient city states. There were even very early civilizations such as Mesopotamia that were able to practice trade with other civilizations. 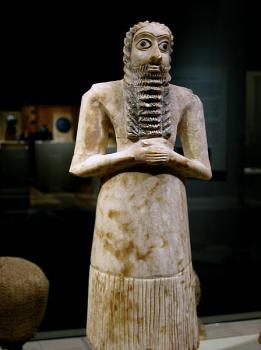 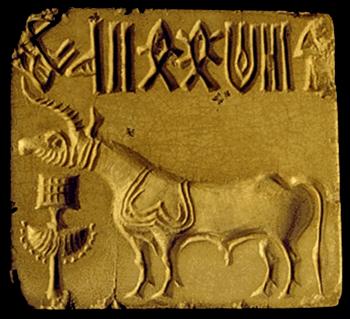 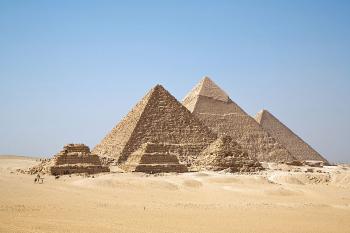 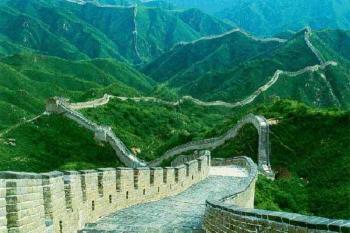 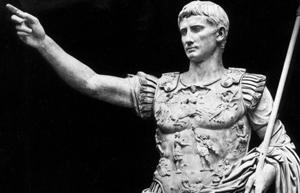 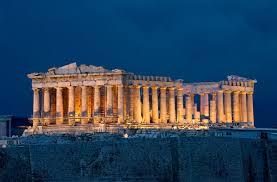 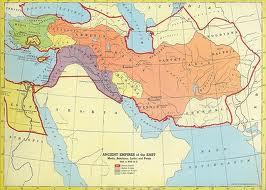 Judaism, Christianity and Islam are considered the "Abrahamic" traditions. Why is this term used? What do these three religious traditions have in common?

The Growth of African Civilization

The growth of African civilization was tied closely with slave trade. In ancient times, occupation specialization became important. African slave trade had three features. They were the following: 1. Occupational specialization; mining and trade 2. The growth of slavery within Africa 3. The expansion of the slave

Explain some ways that Cleopatra of the Ptolemaic Dynasty advanced the cause of the Roman Civilization? Did Egypt benefit from her rule?

Reflect on how the ancient world(Mesopotamia,Greece, and Rome) contributed significant ideas about government, law, religion, and the role of the individual to later societies. Choose five important characteristics from these cultures Use illustrations, such as figures, graphs, maps, or images, to support your essay.

Give examples of the ways that ancient governments (Athens, Rome, Sparta, Persia, and other ancient societies) differ from modern American democracy.

Compare and contrast of early Greek and Roman cultures.

I have to use Microsoft Word table or chart, compare and contrast distinguishing elements or features of early Greek and Roman cultures, including illustrative or significant examples of the various features. Please include elements of culture such as government and geographical terrain, economics and trade practices, art and

Relevance of the Law Code of Hammurabi to Modern Day Laws

Need help answering the following question: What are some specific similarities and differences between the Law Code of Hammurabi and laws today?

The Code of Hammurabi and Babylonian Culture

Describe what the Code of Hammurabi reveals about Babylonian culture; consider relations between men and women, slaves and free men.

US usage of achievements of older civilizations

1. Explain why we in the U.S. owe a large cultural, political, and economic debt to older civilizations such as the Egyptians, Mayans, Greeks, Romans, British, etc.

Discuss great schism of the Catholic Church in the 14th Century and how it impacted society and culture.

The Spartans and Propaganda

Topic: One could argue that much of the image of Sparta to the outside world was carefully cultivated propaganda . Explain how and why the Spartans generated this mythology about themselves.

Approximate Dating for the Life of Jesus

Explain how we have approximated the dates of Jesus' birth and death as well as the length of his ministry. List primary and secondary sources describing his life. Which of these sources is the most important? How important is accurate historical information in providing a foundation for accepting and believing the gospel messag

The Division of the Christian Church

From the dawn of the Christian Church there existed disagreements in theology, ritual, and doctrine. Trace the divisions and reform attempts that pervade the history of the church from 300- 1560 CE (AD.) Why was the history of the Church so divisive? Use at least 2 different primary of your choice to illustrate your stance.

Disintegration of the Roman Empire

With the disintegration of the Roman Empire, the bonds between the West and East began to disintegrate. Why did conflict as opposed to cooperation prevail between the three stepchildren of Rome and between the new powers of Europe? What role did the diverse forms of governmental play in the political and economic interaction thr

Fictional accounts of a period, even oneâ??s dripping with satire, help us to better understand the culture of the time. Read â??The Knightâ??s Tale,â? â??The Millerâ??s Tale,â? and â??The Tale of the Wife of Bath,â? in Chaucerâ??s Canterbury Tales. Using Canterbury Tales (as your main source of knowledge

What was the ancient Israelite view on life after death?

Topic: The Ancient Israelite view on life after death. Please add the references you use. As in many cases where ancient history and especially ancient religious history is concerned, there is disagreement among scholars as to how to interpret events. The view of ancient Israelites regarding life after death is no excepti

Similarities and Differences in Greek and Roman Society

Create an original table or chart, compare and contrast distinguishing elements or features of early Greek and Roman cultures, including illustrative or significant examples of the various features. Be sure to include elements of culture such as government and geographical terrain, economics and trade practices, art and architec

I need any kind of help you can give me

Imagine you are a Citizen of Athens and have been asked to address the Athenian council (assembly) on either the growing importance of Alexandria(Egypt) OR the role of Platoâ??s â??Academyâ? in the Hellenistic World. Write a speech that you might give to complete this request. You are free to take any stance you ch

Discuss the decline of the empire and the last Caesars, what were some of the factors that weakened that empire? Please explain. Do you see any of those things happening in your own nation today? Do you think that might be significant?

Discuss the decline of the empire and the last Caesars, what were some of the factors that weakened that empire? Please explain. Do you see any of those things happening in your own nation today? Do you think that might be significant? Of course whole books have been written on this subject so a one page paper, of necessi

WHAT LESSONS DO THE ANCIENT GREEKS TEACH US ABOUT THE ROLE OF PERSONAL CHARACTER IN A GOOD NATIONAL LEADER?

WHAT LESSONS DO THE ANCIENT GREEKS TEACH US ABOUT THE ROLE OF PERSONAL CHARACTER IN A GOOD NATIONAL LEADER? Create a composite leader who exemplifies the desired qualities of a good leader by identifying and explaining significant acts by at least five (5) people created by Hesiod, Homer and Sophocles who demonstrate how charact

The Iliad and Greek civilization

How does the Iliad reveal the powers of the king, the noblemen, and the common soldiers in government during the Greek Middle Ages?

Write a one-page paper and give details about the importance of Charlemagne to the Middle Ages.

How do you perceive the historical transformation from the collapse of Rome to the dawn of the Middle Ages? Write a one-page paper and show that you understand about the social changes that took place during that time.

What were at least 3 important factors that contributed to the end of the Roman Republic? What did the Republic's government structure contribute to later nations? What were the benefits of the Republican form of government?

Alexander had immense leadership qualities. He had proved this, when he had conquered almost all the major countries of the Middle East, Asia Minor, and even the Persian Empire. He was one of the greatest military geniuses of all times. His art of warfare were later studied by the great rulers and generals in history. Alexander's leadership qualities in military and politics were obvious. He became the leader of powerful force which conquered all parts of the world including Asia. Alexander was also a great strategist. As a leader, he was open all sorts of hazards and dangers during his campaigns. This was a great inspiration to his men. If he had lived further, the possible outcome would be the breakup of his empire and the mutiny of his soldiers. He had neither proper administrative machinery nor heir to control the whole conquered areas. The conquest spread the Greek culture known as Hellenism. There opened trade between East and west. There started an inspiration among the people to study science.

There were immense qualities for Alexander, the great as a leader. One of the greatest qualities a leader should have is ambition. Alexander wanted to establish a vast empire and his ambition was fulfilled. He had conquered almost all the major countries of the Middle East and Asia Minor. He had also overthrown the Persian E

Greece is known as the cradle of Western Civilization. . The idea of democracy began from the ancient Greece. Athens, was the home of direct democracy. Two Greek epics Iliad and Odyssey were written by Homer who lived in 6th century BC. The Greek literature is closely connected with the ancient Greek mythology and it had profound impact on the western civilization. Athens was the epicenter of the Greek drama. Some of the great names associated with Greek theater were Aeschylus, Euripides, and Sophocles. Prominent scientists and mathematicians of the Greek period were Euclid, Pythagoras, and Archimedes. Socrates, Plato and Aristotle were well-known Greek philosophers of the time. Olympic games were originated in Greece. In short, Greeks helped in the growth of western civilization in different ways. Truly, Greece is the cradle of the Western Civilization.

The growth of western civilization can traced back to the immense contributions of Greeks in the field of politics, art, architecture, literature, drama, philosophy, science, and sports. Greece is known as the cradle of western civilization. The word "politics" is derived from the Greek polis. The idea of democracy began from