International economics describes the economic transactions between two or more regions or countries that are done for either profit or political reasons. These transactions include economic resources such as capital, skills, labour, and physical goods and services such as banking and construction. 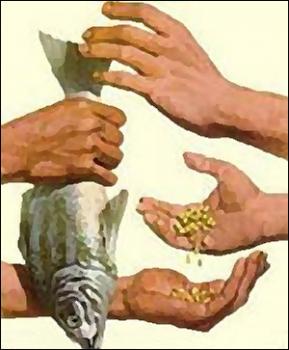 International trade is the exchange of goods and services between different countries.

Expected return on investment in US and Brazilian bonds

Developed vs. Developing Country You have been recently hired by a multinational firm that manufactures airplanes parts. They are interested in investing in a new factory. However, the CEO is unsure of where they should invest. The CEO would like to either invest in a developed or a developing country and your input is valuab

Identify which countries have benefited the most from international trade over the last few decades. What policies do these countries have in common? Do their experiences lend support to the infant industry argument or argue against it? To support your answer, you will want to use academic sources to help research various countr

Suppose the U.S. government was able to determine which industries would grow the most rapidly over the next 20 years. Explain why this doesn't necessarily mean there should be a policy to support the growth of these industries. Analyze the disadvantages of engaging in strategic trade policy, even in cases where it can be slow t

In the manufacturing sector, Japanese labor productivity is roughly the same as that of the United States (higher in some industries, lower in others). However, the United States is still considerably more productive in the service sector, with most services being nontraded. Some analysts have argued that this poses a problem fo

The advantage of free trade

In order to protect consumers, the United States has taken action to restrict the imports of certain Chinese goods, such as toys that contain lead and seafood that does not meet certain health standards. Some say that this is a double standard. If the United States is willing to restrict goods on these grounds, shouldn't there b

Integration in footwear and apparel industry

Labor-intensive firms, mainly in the apparel and footwear industries, choose to outsource production to countries where labor is abundant (primarily Southeast Asia and the Caribbean). However, those firms do not integrate with their suppliers there. Firms that utilize a more capital-intensive industry, on the other hand, choose

Investment Bonds/Fixed Income Investments Part I: Bond valuation is an important aspect of investment strategies for fixed income securities. To value a security, we discount its expected cash flows by appropriate discount rate. Suppose Jagdambay manufacturing sells a bond paying a coupon rate of 5% per year with pa

Using an example, explain how traders benefit from the forward exchange market. Please ensure it's at least 210 words, APA format and provide references.

Analyze the following statement: "Given an open economy with high capital mobility, fiscal policy is strengthened under fixed exchange rates."

Please help answer the following question: What happens to the balance-of-payments under a fixed exchange-rate system when expansionary or contradictory monetary policy is used?

Respond to the following statement: "Anti-dumping laws are good for a nation."

A nation's balance-of-payment can be grouped into several categories. List and describe these categories.

Concerning the balance of international indebtedness, when is a country a net creditor or a net debtor?

Determination of Exchange Rates in a Free Market

Using an example to explain your response, describe how exchange rates are determined in a free market.

 Define tariff and the different types of tariffs.  Identify and discuss the major nontariff barriers to trade.  Justify the use of trade barriers.  Using a real life example, explain the effects tariffs and other trade barriers have had on social welfare in a country of your choosing.  Identify any unfa

Illustrate the principles of absolute and comparative advantage by using two nations in a hypothetical investment scenario.

Is a multilateral trading system based on World Trade Organization "OIC" rules preferable to trade regulated by bilateral treaties between (Arab & Muslim) governments? Why is trade between member countries of the Organization of the Islamic Cooperation is so limited?

What could support the arguments of the role Saudi Arabia, Turkey, and Indonesia play to promote the interests of the Islamic World within the G20?