SQL's roots stretch as far back as the early 1970s when IBM needed a language to manipulate their internal databases. In those first days, it was known as SEQUEL, Structured English Query Language, but this acronym was later shortened by dropping the 'English' to SQL. From this relational algebra- and tuple relational calculus-based language, SQL was picked up by various groups and went through many revisions until it resembled the most popular relational database management language we know today. 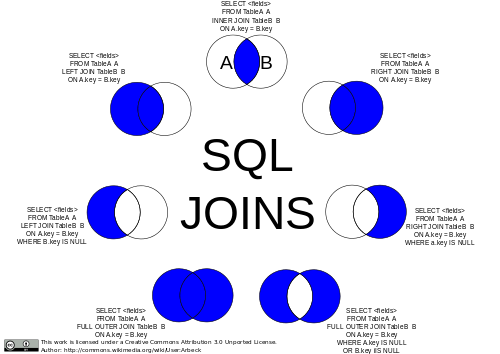 SQL was one of the first commercial languages to rise to the challenge of implementing the ideas in Edgar F. Codd's relations model of a database, though there was some divergence between that model and the actual possible implementations of SQL. Still, it was described in Codd's influential 1970 paper “A relational Model of Data for Large Shared Data Banks”1. It will be no surprise then that SQL was adopted by the American National Standards Institute in 1986 and by the International Organization for Standards just one year later2. SQL has not rested easy in its place, however; it has been enhanced with extra features in the years since. Some of the extensions added by different SQL vendors may interfere with the standard, however, causing some vendor lock-in and a drop in portability so one must be alert as to which flavor of SQL they are using.

Using its data definition and data manipulation subsets, SQL can deal with a vast range of desired database tasks. Data insertion, querying, updating and deletion, schema creation and modification, and data access control are all vital tasks that SQL handles efficiently and elegantly. Querying is perhaps the most common operation performed from that use and is done via declarative SELECT statements. These simple statements provide powerful functionality, allowing one to retrieve data with specific search parameters (including regular expressions) from one or more tables, or a joined version of one or more tables. Fortunately, SELECT statements in their standard form do no enforce any persistent effects on the database itself, though some non-standard versions can. Despite including some procedural elements, SQL is often counted among the declarative languages.

More recently, SQL also served as a basis for the most popular open-source relational database management systems3 that enjoy wide use in web applications - MySQL and SQLite.

A. Create a report for each of the following requirements. Reports may be created using the wizard or an SQL query. Reports should follow the formatting guidelines given in the next step. Reports should be named as indicated below (e.g., Report1, Report2, etc.). Report1: Show Instructor information (Instructor_ID, First_Name

1. List the name, city, state, and phone number of each customer not located in Washington (state). Organize the list alphabetized by state and city within each state. Within each city, order the customer names alphabetically with last name followed by first name. 2. List the names of the vendors who supply at least one of the

I have 4 values from table c. I want to insert them into tables a,b,c,d. Using entity queries, these tables have relations such as a.i = b.i, c.e = d.e, b.f = c.f. How do I do that through entity queries?

Operational vs Dimensional Databases, and XML.

1. What are the differences between the characteristics of an operational database and a dimensional database? 2. What is XML, and why is it useful? 3. What is an XML Schema document? 4. How can XML be used with a DBMS?

Programming SQL Statements to Retrieve Data from a Database

Provide scripts that simulate the activity required by the assignment.

Part 1. The professor states: "I have modified the assignment this semester to allow you all to either: Bypass the Oracle Database requirement and only provide scripts that simulate the activity required by the assignment. Hopefully this will eliminate the frustration typically encountered with trying to gain access t

Trigger - Update item price in SQL server 2008 I need to create a trigger that will update only the price column for all 20 items in the table with its new price and this need to be executed all at one time. The table name is: dbo.ITEM, column name is : price I have provided a screen shot of the table.

I do not understand how to provide scripts that would build tables, insert data and query data from tables. Please get me started with this and I will add the data if someone can get me in the right direction. Our instruction states, "Bypass the Oracle Database requirement and only provide scripts that simulate the activity req

Please provide the answer in the order that need to run the script without an error. Using the Northwind database, write a SQL SELECT statement that will retrieve the data for the following questions: ** Please refer to attachment for the full question description **

Write 2 SQL statements a piece (SELECT INSERT, UPDATE,DELETE) based upon database tables of your choice (i.e. customers, orders, vendors etc). In total, there would be 8 SQL statements (2 for each of the commands (SELECT, INSERT, UPDATE, DELETE). Please show the WHERE clause in a few of them to demostrate the filtering of the re

Writing a Query to Find the Second Highest Income: Example

Conceivably, there are three choices for a front-end application to your SQL Server database solution. This includes a compiled binary executable that is stored on the client computer, a web-based user interface, or a Microsoft Access project. Given the strategic objectives of CCI, which is the best option in your opinion and wh

See the attached file. One of your team members are a little rusty on their SQL skills, but needed to create the SQL Select statements that would produce running summary files for reports on the following: Customer volume by month CustomerID, Month, Total shipments, Total weight Driver performance by month Driver ID, Mo

Given the attached tables (see attachment): 1- Provide an explicit JOIN SQL statement that returns the store ID, store name, manager employee first and last name fields, manager employee grade, the city and state fields of the store. Only unique rows should be returned. Note that the 4th field in the Employee table is the em

Write a SQL query that returns the names of the students

Fernando Culebra has always been fascinated by skateboards. Fernando has won several contests, both locally and nationally. His interest in skateboards led him to open Fernando's Skate Shop in Denton, Maine. Fernando sells street, trick, and children's skateboards. The store has only been open for a couple of months, yet sales h

SQL queries several requirements such as finding the last names

Keeping Info about students and tutors

Where do you think information about students and tutors such as name, address, phone and e-mail should be kept? Write the necessary SQL commands to be able to capture this information. Please refer to the attached image for more information related to the question.