Deoxyribonucleic Acid (DNA) contains coded genetic information in the form of nucleotides sequences. Nucleotides are monomers of DNA that are composed of a five-carbon sugar, nitrogenous base and phosphate group. There are four possible bases: cytosine, adenine, guanine and thymine. Double helix formation is based on complementary base pairing rules where adenine and thymine are paired with two hydrogen bonds, whilst cytosine and guanine are paired with three hydrogen bonds. Nucleotides on the same strand are bonded together by forming phosphodiester bonds between the 5th carbon of one nucleotide, and the 3rd carbon of the adjacent nucleotide. In cells, the DNA double helix is wrapped around histone proteins that supercoil to form chromosomes – located in nucleus.  This genetic information is passed to offspring through genetic recombination, where both chromosomes present in male and female gametes experience cross-over to produce alleles.

Three nucleotide bases forms a codon, which is then transcripted and translated to match to a specific amino acid in protein synthesis. As more codons are processed, more amino acids are added to the growing chain on the polypeptide – this eventually forms proteins. DNA is constantly being replicated for growth and replacement of degraded DNA. One parent strand of DNA can replicated to produce two strands of identical DNA.

Errors in the genetic code can lead to mutations developing that either show no overall change, benefit the organism or be detrimental to overall fitness. Mutations that occur in non-coding satellite DNA, this usually produces no overall change in phenotypic expression. Mutations that occur in coding DNA can either bring about benefits in fitness, or produce genetic disorders or cancerous tumors. Tumors are the result of unregulated cell growth and replication, whereby changes in the DNA cause the exclusion of cell apoptosis and cell repair functions. 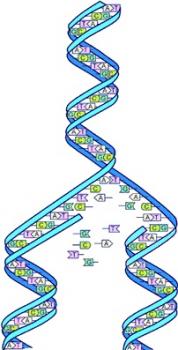 In replication, the parent strand of DNA produces two strands of DNA identical to the parent by the process of initiation, elongation and termination. 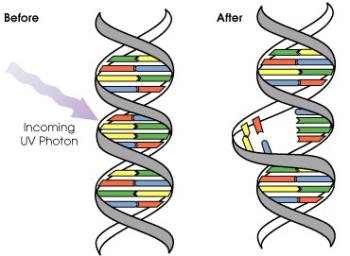 Mutations are changes to the base sequence of DNA which ultimately affect protein synthesi, leading to phenotypic disorders and conditions 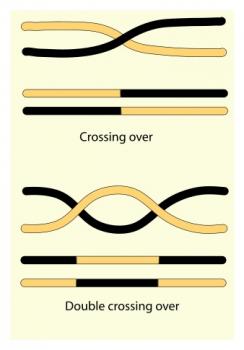 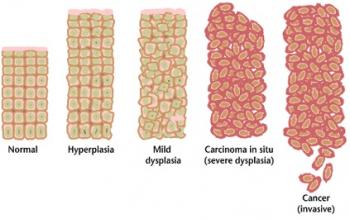 Cancer is unregulated cell growth, leading to formation of tumors in areas of the body. Treatment of cancer can vary depending on degrees of growth and spread, but the most common forms are surgery, chemotherapy, and radiative therapy.

Translation in Prokaryotes and Eukaryotes

Verified my multiple choice answers on the structure and function of DNA and genes.

What are some of the benefits of squeezing so much data into virtually every cell in the body? Why did we not evolve with one central repository of DNA rather than having it replicated throughout the body? Assume that the hereditary information carried in genes and DNA is responsible for a lot of the differences we observe

Complimentary base paring in DNA

Given the following DNA sequence, determine the complementary strand that would be added in replication: ATTGCATGATAGCC

What data obtained from the chemical analysis of dna supported the idea of complementary base pairing in dna? Write the base sequence for the mRNA that would be formed during transcription from the DNA template strand with the base sequence 5' CGGATATTG 3' . Remember, DNA and RNA strands are written from the 5' to the 3' end.

DNA Base Pairing and Melting Temperature